Our societies make few changes to current resource usage, but do work together to lessen the negative effects on humanity 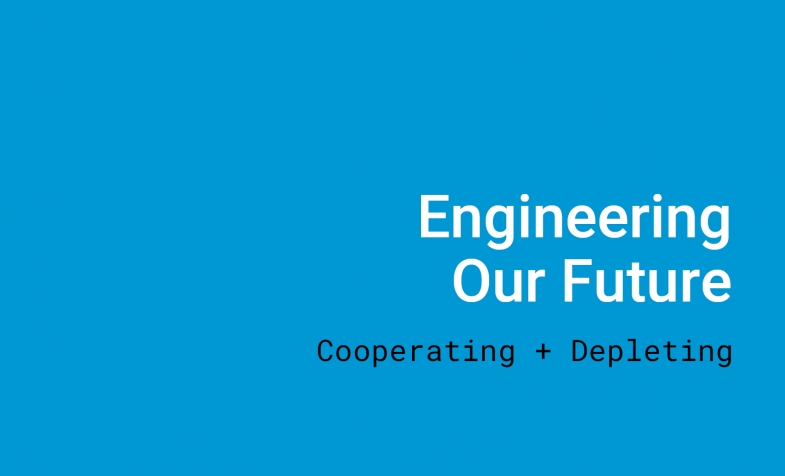 Our societies make few changes to current resource usage, but do work together to lessen the negative effects on humanity

Engineering Our Future is defined by energy insecurity, temporary solutions to climate change, and adaptive reuse within the built environment. Scroll down to read the story of Ryan, an employee for a drone-based weather modification company, for a taste of how we think daily life in an Engineering Our Future scenario may be. 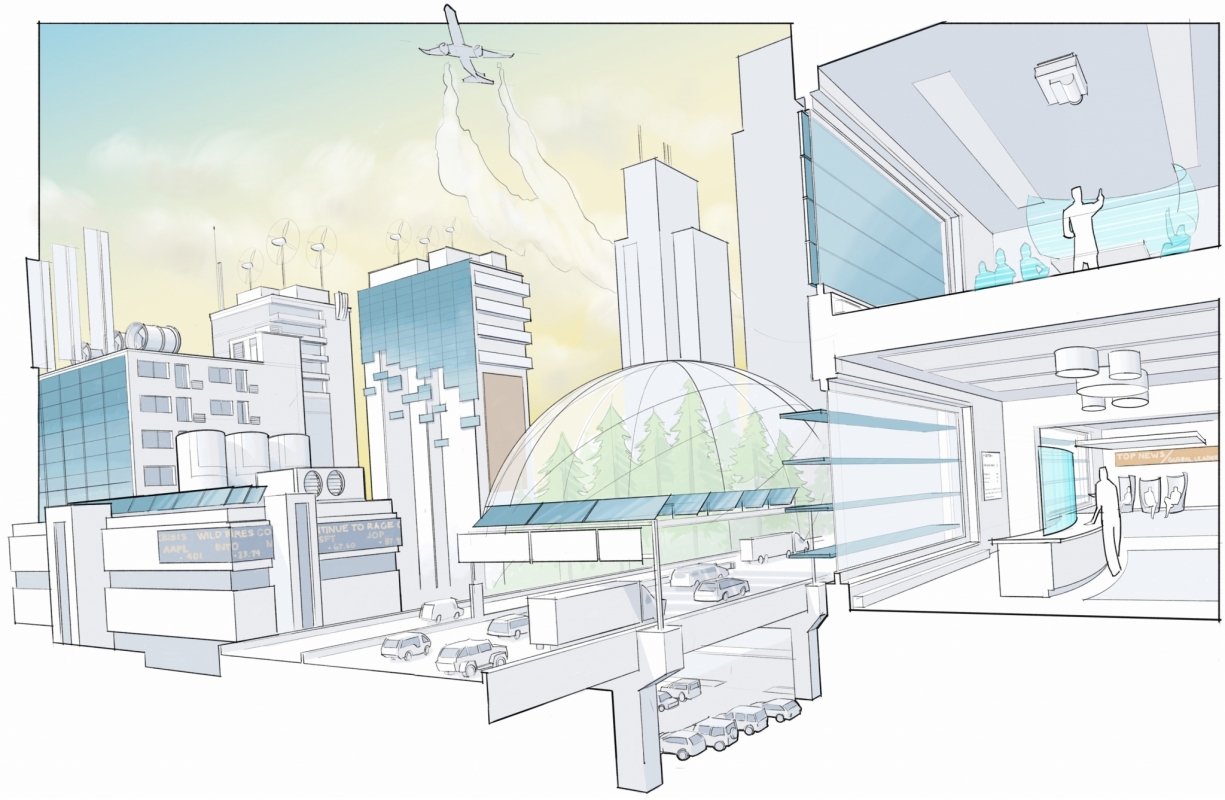 Ryan’s eyes briefly flicked away from the morning headlines to the closest billboard as the day’s energy prices began scrolling along the bottom, barely visible through the morning smog. He made note of yet another increase in electricity costs before returning his gaze to the article title that had caught his attention just a moment prior – “X-Prize Winner Declared: New Fuel from Carbon Dioxide.” The company profiled below was where his sister practiced her research on carbon sequestration (“modern alchemy,” she liked to say), and Ryan began scanning the article for a passing mention of her name. Ryan knew she had been working on solving the fuel crisis but was unsure what her role was.

Cars whizzed by as Ryan waited for his ride, a mix of gleaming electric vehicles mixed with the occasional gas guzzler nearing the end of its life. Noticing an autonomous vehicle (AV) dart out of traffic to head his way, he slid the article covering the view of his AR glasses into a folder then quickly climbed into the passenger pod. He was making the journey from his satellite office to the company’s downtown hub space for a client meeting which afforded him only 15 minutes to rehearse, so he quickly pulled up the meeting room’s virtual twin to get the lay of the land. He could see that the catering had already arrived, and though the sandwiches (complete with tomato – a luxury these days) being displayed in his glasses were only pixels his stomach growled nonetheless. He sped through his portion of the presentation which was focused on the coordination of SAIL flights for the next quarter. The SAIL (Stratospheric Aerosol Injection Lofters) program had been doing wonders for stalling global warming – each high-altitude drone could control the reflectivity of clouds in an area roughly the size of Texas, and it was clear that his clients were eager to continue funding.

The AV pulled into the driveway of the hub and Ryan strode quickly inside. The lobby was already in guest mode, and the interactive exhibits showcase the newest in SAIL technology competed for his attention as he walked by. Ryan wondered if there would be anyone in the space yet – the hub was unstaffed, and his team would be filtering in from satellite offices from across the city. He made his way to the green room he had reserved and stepped inside to see that most of his team had already arrived and taken seats scattered around the comfortably appointed room. Ryan nodded his hellos before touching down at one of the remaining armchairs and proceeded to pull up the final presentation on the wall screen where the team soon turned its attention. From that point it was all business – catching up could wait until after the meeting.

That afternoon Ryan’s AV sidled up to the company satellite office located in his neighborhood and released him onto the sidewalk as he thought back on the afternoon. The meeting had gone well. Even though the client had decided to attend via avatar, they had been engaged throughout thanks to the robust interactive slide deck that Ryan had prepared.  Entering the old strip mall, Ryan made his way through the secure lobby to the workspace beyond. The former retail store had been opened up wherever possible, allowing for a central workspace as well as some private offices. Ryan said his hellos to his coworkers as he worked his way back to one of the enclosed offices, seeking privacy and a chance to reset at the day’s end. He pulled up his AR desktop and returned to the article he had been reading earlier. After scrolling for a time, he saw his sister’s name listed among the other researchers on the winning team.  Happy for her success he smiled, then proceeded on to his next task – paying his mounting utility bills.