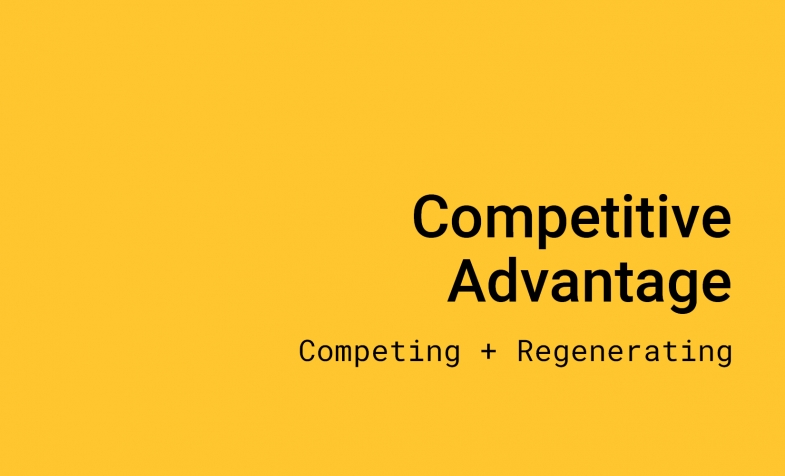 Competitive Advantage is defined by an environment on the mend and distributed work arrangements. Scroll down to read the story of Noah, a remote contract worker who lives in a mountain town, for a taste of how we think daily life in a Competitive Advantage future may be. 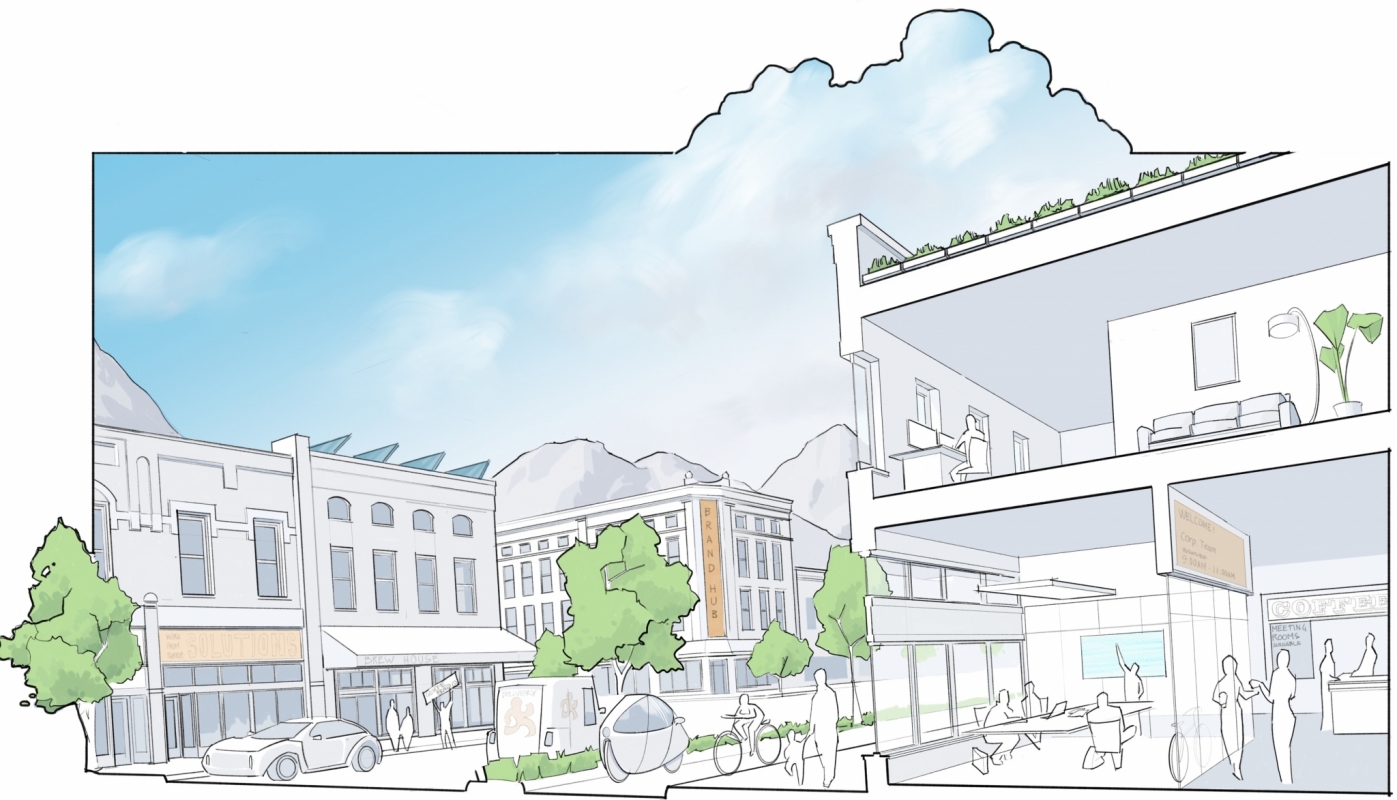 Noah sat back and scrolled through the morning’s headlines projected on the semi-transparent aluminum windshield of his autonomous, all-weather electric bike as it whisked him into downtown Aspen, Colorado. As he crossed the snaking bends of the Roaring Fork River, snow swirled in his wake. It was still early autumn, so neither the flakes nor the tourists had begun to accumulate. Noah had lived up here in the mountains since middle school when his parents opted for distributed working arrangements, leaving the crowded Denver metro behind.

Noah knew that prior to the climate crisis, early snow like this was common, but it was still another thing to experience it himself. Several decades of strict environmental regulations from both the state and federal levels had meant that the local climate was slowly but surely reverting back to a pre-industrial normal, similar to when Aspen had been no more than a small, silver mining camp. Back in those days, it was every man for himself — the work was there, but one had to fight for it. Perhaps the weather wasn’t the only thing about Aspen reverting back to those times, Noah thought to himself as his autonomous bike parked itself in front of the BrandHub, an old apartment building turned co-working space where the region’s many contract workers put in time for a variety of competing companies.

Rating the ride a 5/5 on his bikeshare app as he approached the building, Noah flashed his identification band at the sensor near the door and rushed inside. Working with a team was still new to Noah — for years he had cut his teeth taking short-term gig work wherever he could find it. However, the constant self-promotion was tiring and companies had shifted to hiring high-performing teams for their most interesting work, so Noah finally gave in and joined a working group started by a few college friends. It had been the right decision, as he quickly found he liked having the support of others in his field, as well as access to one of the better coworking spaces in the region.

As he made a cup of tea in one of BrandHub’s shared kitchens, Noah reflected on how the way he approached work was completely different from how his parents did when they were his age. Back then, the world had just started to embrace the distributed work model after a major pandemic forced many companies to implement work-from-home procedures in order to stay afloat. This led to the migration of many white-collar workers out of major cities and into smaller towns — and where the workers moved, infrastructure and support services followed. Many large companies found themselves now scattered across the country, and soon enough these larger corporations began to split into smaller, more nimble companies that could better handle changing regulations.

Smaller, more flexible companies meant more contracted work. Gone were the days of a stable office job. But it wasn’t all bad. For example, Noah liked the numerous options for flexible working environments. If he needed a day to focus, he could stay home. If he needed the amenities provided by an office, it was only a short bike ride to the BrandHub, where he had access to the best telepresence tech money could buy. With many companies shifting to coworking subscriptions to reduce the hit of office space on their carbon budgets, there seemed to be a high-quality coworking space on almost every block — even up here, 8,000 feet above sea level.

Yet all this flexibility could not happen without the security systems built into every piece of technology around him – with workers constantly switching projects and even working for competing companies simultaneously as security become a major selling point. Noah’s ID band gave him access to the BrandHub, but also kept him from sneaking glances at the work of others by carefully controlling his access to the various office spaces around him. Should he decide he was done with his current project, a signal would immediately be sent to his computer to wipe all the files he was using immediately, and the building’s security team would escort him out at once.

With so much competition, it was difficult for smaller companies and non-profits to get a foot in the door, and Noah liked the idea of helping the “little guy,” even while working for their competition during the day. That’s where his pro-bono work came in — he liked to feel as if he was making a difference to more than a balance sheet. And while some days this wasn’t enough, leaving Noah feeling like a sellout and wanting to escape, the restored natural environment all around him meant that at least there were plenty of places in which to do so.