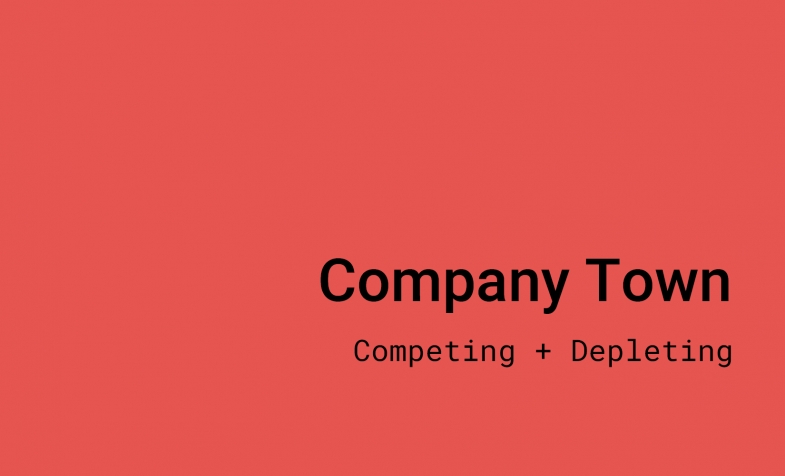 Company Town is defined by resource scarcity and unpredictable and dangerous weather events. Scroll down to read the story of Audrey, assistant company attorney, for a taste of how we think daily life in a Company Town future may be. 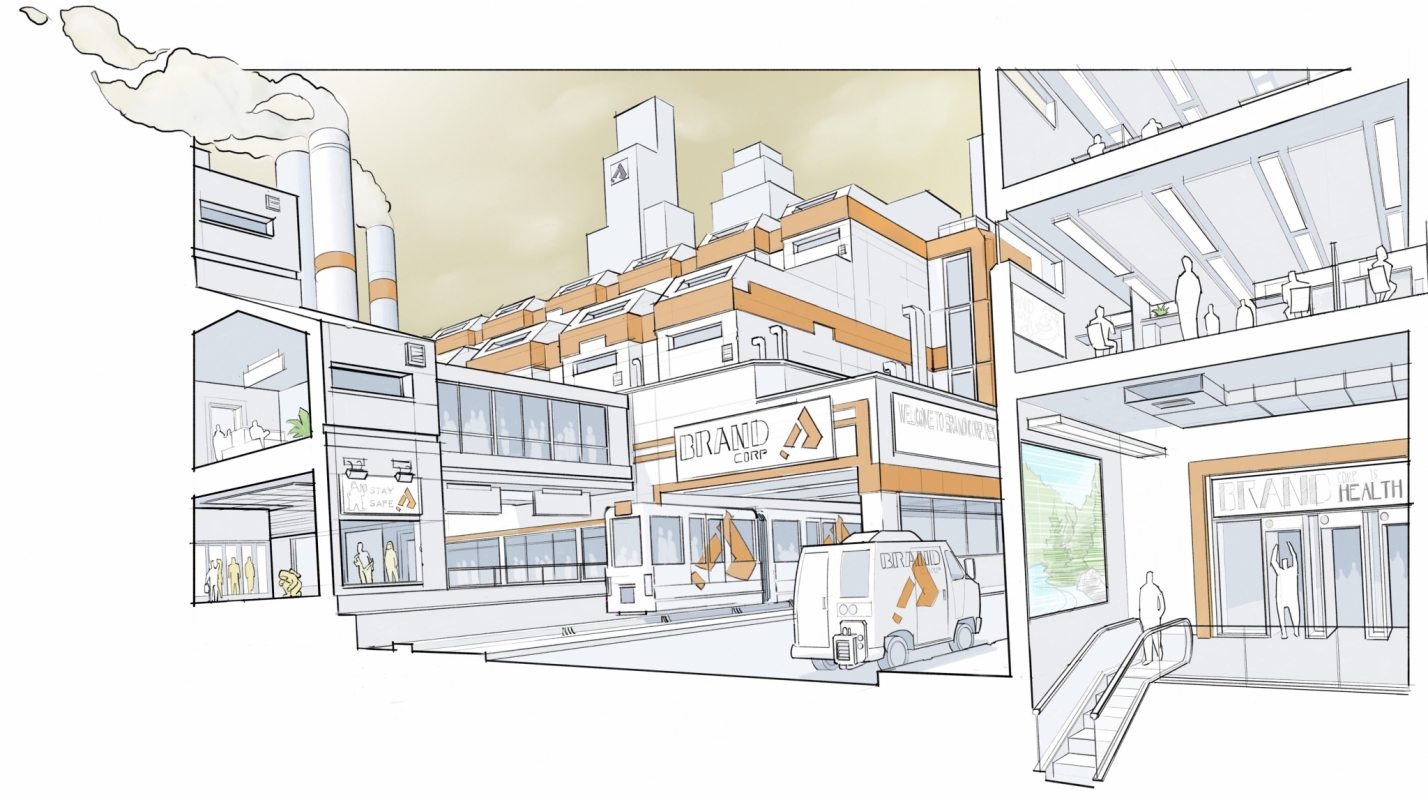 Audrey's alarm flickered on in the wee hours of the morning with news warning of increased dust storms in the upcoming week. Carefully eyeing her water meter, she sped through her morning routine in the dim light of her LED panel, her windows long since blocked off to the dangerous air outside. At least she had a panel – Audrey was thankful for her job as an assistant company attorney for BrandCorp as it came with many privileges that other companies couldn’t offer. She even had access to The Park, a single acre of greenery growing under continuous UV light and tended by a veritable army of robots (greenspace long ago having been deemed too important to leave to fallible humans).

Donning her personal protective suit, Audrey barely made it to the airlock in time to grab the BrandCorp shuttle. She pulled out her refurbished tablet and began pecking at the screen, often repeating gestures that the device failed to register. As she wasn't a parent, she had graciously passed on a WFH package as she felt it was her duty to allow those with greater worries at home the privilege, even if it meant more time at the office for her. This left Audrey with whatever older technologies she could scrounge up along with the practically weekly maintenance to keep them running. Thankfully it was a short ride, owing to the size of BrandCorp’s square mile of allocated land in the middle of a former major city.

The capsule pulled into the airlock with a soft hiss and released Audrey into the lobby of BrandCorp’s governing center. Audrey made her way to her office, a small climate-controlled cube on the building's middle floor. While it was a small space, considerable effort was made to select recycled pieces that made the space feel cozy. BrandCorp's in-house designers may have had as little as anyone to work with these days, but they were well known for being plugged into the “ReConomy” and took great pains to provide pleasant spaces. Of course, much more of their effort had been spent on the safety of the building itself - adapting it to filter and cycle air efficiently and steeling its exterior to the abrasive dust and security threats of the outside world.

Audrey let herself briefly contemplate what that sort of career design might entail before turning on her creaky desktop, sputtering to life as if under protest. She had several meetings that day focused on the pending lawsuit against TechBrands, which had (allegedly) began releasing more CO2 than allotted by the Corporate Council. Several of the other company districts would be dialing in to offer their own take on the evidence, so Audrey made sure to prepare the virtual meeting room to facilitate their discussion. While she loathed the feeling of using premium technology while so many in the world made do with less, she recognized that BrandCorp needs to project a competitive image. You never knew when a talented lawyer would explore a change of company after all, as Audrey herself knew well.