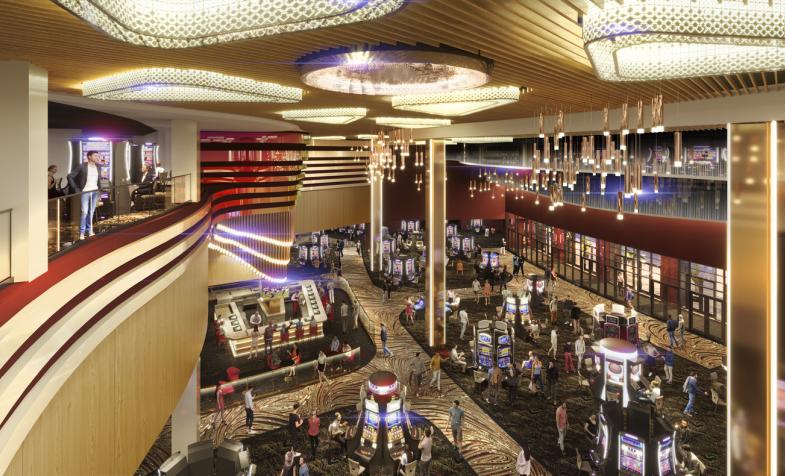 Is it possible for the experience of visiting a gaming space to evoke the feel of exploring the outdoors?

At Tachi Palace Casino in Lemoore, California, not only do major design elements visually recall the natural features of the Tachi-Yokut Tribe’s land on which the casino resides, they also play important functional roles in the guest experience. The result is a gaming space that creates cultural connections to the land through both form and function.

Understanding History
Cuningham’s design for the new Tachi Palace Casino is an addition and remodel that connects several different existing venues, both thematically and spatially. Initial conversations with the Tribe revealed that a central element of their culture and history was a strong connection to their land. Before beginning the design process, Cuningham’s team worked closely with the tribe to deeply understand the geography of the region, as well as the tribe’s traditional land uses.

Through these exploratory sessions, designers discovered that, among other things, there was once a lake on the property, though decades of nearby heavy farming and unsustainable land-use practices eroded and, eventually, erased this body of water. Today, water is found primarily in the many sloughs that run through the land. Thus, one of the central components of Cunigham’s design became to honor this lost water and visually represent what it used to — and still does — mean to the tribe. 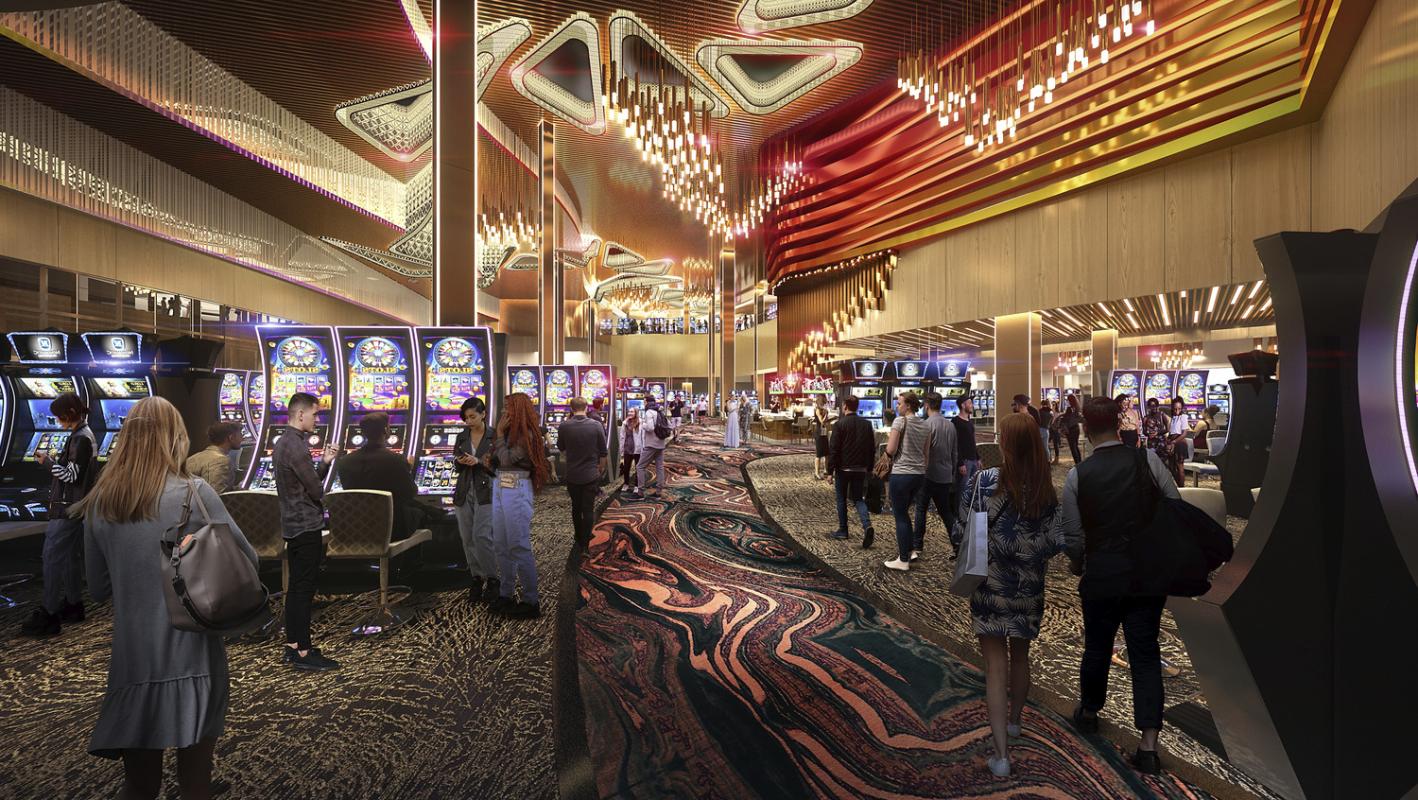 Form Meets Function
The geometry of the Tachi-Yokut Tribe’s land is reflected in every element of the final design — from the floor plan to the material specifications. Further, these design elements aren’t just ornamental evocations of the surrounding natural landscape — they are both functional and necessary to the unique guest experience crafted within.

A striking example of this design approach is on display at the casino’s table games venue, where grand, mushroom-shaped lighting elements spring from the floor to provide overhead lighting and clear sight lines across the pit. The Tachi-Yokut land is home to the Tule fog, a thick ground fog that settles in California’s Central Valley, the moisture of which leads to fungi growth along the land’s sloughs. As such, these mushrooms are an important source of food for the tribe and it was important they be reflected in the casino’s design. Given that close, strategically-positioned lighting is necessary to any functional table games space, the abstracted mushroom shape, much like its natural counterpart, is borne from the conditions of its surrounding context.

Another example of form meeting function is the carpet pathway that winds throughout Tachi Palace Casino’s various gaming venues. This custom-designed carpet evokes the textures and feeling of the Tule grass that springs from the land’s many snaking sloughs. Like the water and grass, this pathway peaks out from different areas, grabbing users’ attention and inviting them into other spaces they may not have realized existed. 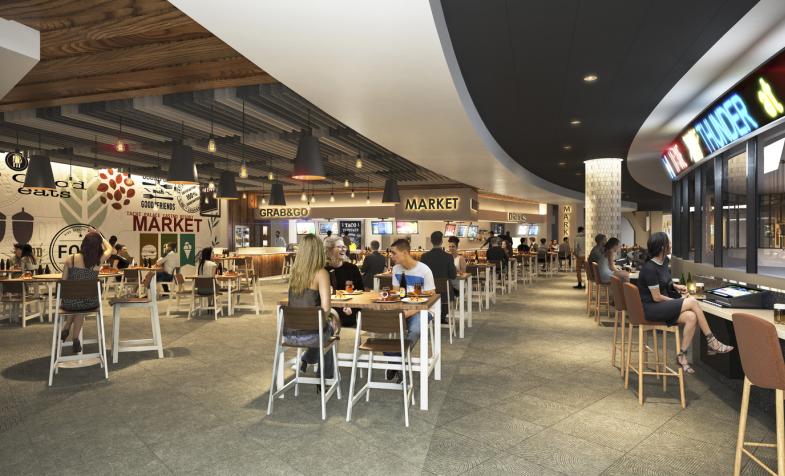 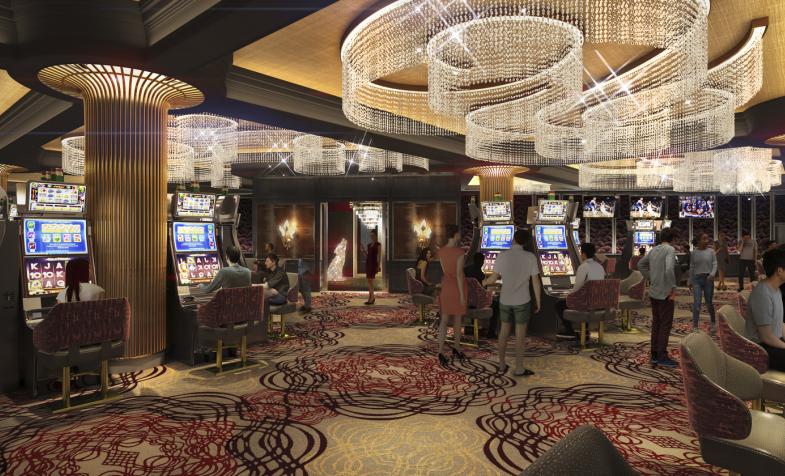 Similarly, the building’s ceiling elements are designed to evoke the dynamic — sometimes unpredictable — feeling of walking through nature. Just like how the sun shifts, bounces, and reflects off surfaces differently depending on their texture, placement, and the time of day, so too do the ceiling elements at Tachi Palace Casino shift and change. Working with Moz Metals, Cuningham designers developed an entirely new, iridescent metal finish that visually changes as one interacts with it. In the same way sunlight may briefly hit a rock’s surface and cause a hiker to momentarily pause and admire the glisten, this metal finish is also fleeting and intangible, embodying the vast gradients of light that exist in nature. Unlike color changing LED screens or other viewing media, which have preset video content, this element moves at the pace of the guest. While a guest may not consciously notice, this effect only adds to the sense of exploration one feels while traversing the space.

These metal elements are complemented by strategic mirrors that expand and contract the space, constantly changing its perceived form. In this way, a guest on the second floor will have a completely different visual experience of the space than a guest on the ground floor.

Overarching Connecting Themes
To tie together the many specific design elements inspired by the Tachi-Yokut Tribe’s land, designers gave each different venue within the casino its own internal story. 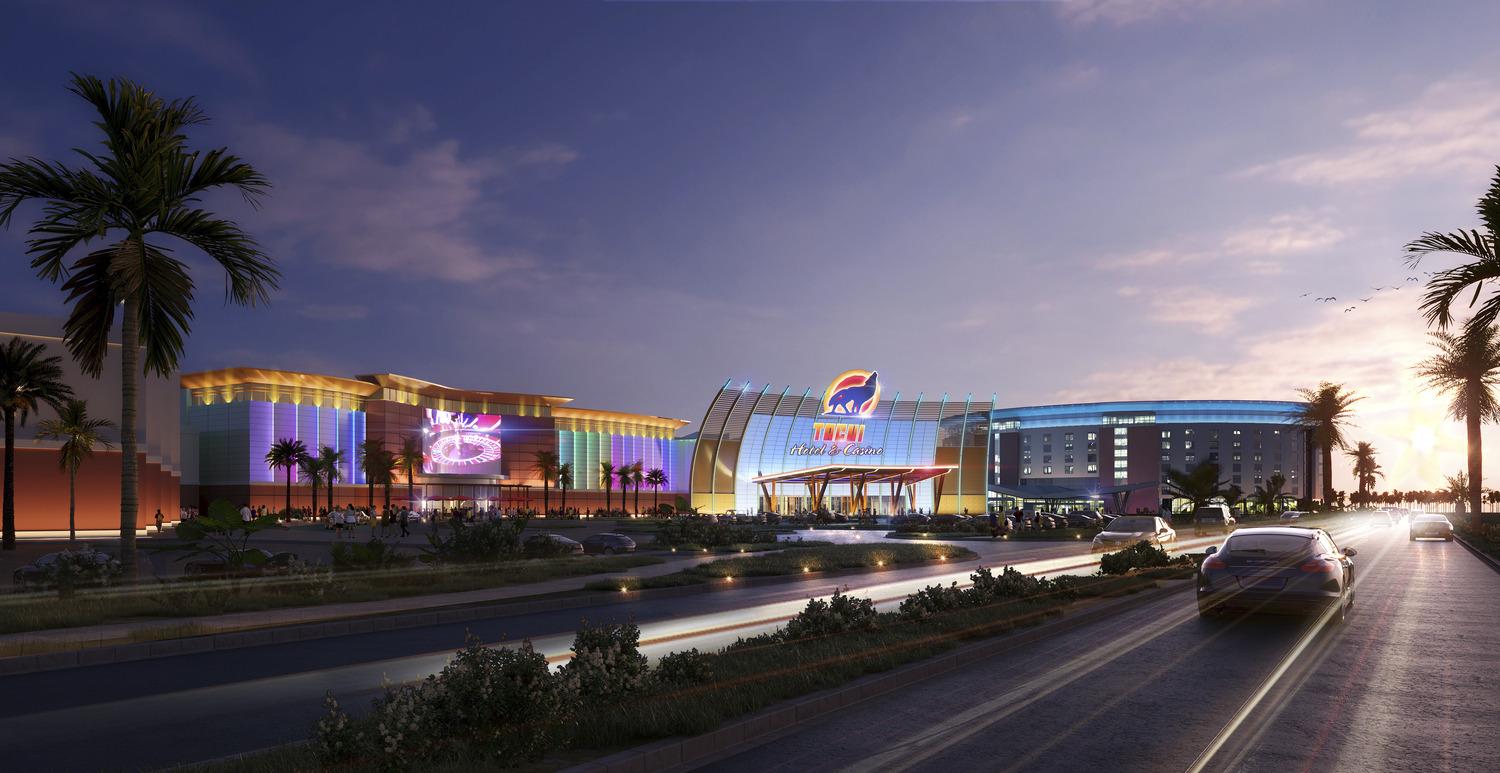 Exterior Design
The design approach extends to the casino’s exterior, where native, water conscious plantings draw visitors into the entrance, create shade, and provide habitat. The shape of these natural elements are extended to the updated porte cochere, which takes the form of a traditional Tachi-Yokut grass dwelling — creating a welcoming experience that invites guests into the space.

Additionally, designers refreshed the building’s previous stucco exterior with a large LED screen and various lighting elements, making it more visible from a distance and visually appealing to passersby.

When completed in 2023, the new Tachi Palace Casino will be a premiere gaming space that creates cultural connections to the Tachi-Yokut land through both form and function. 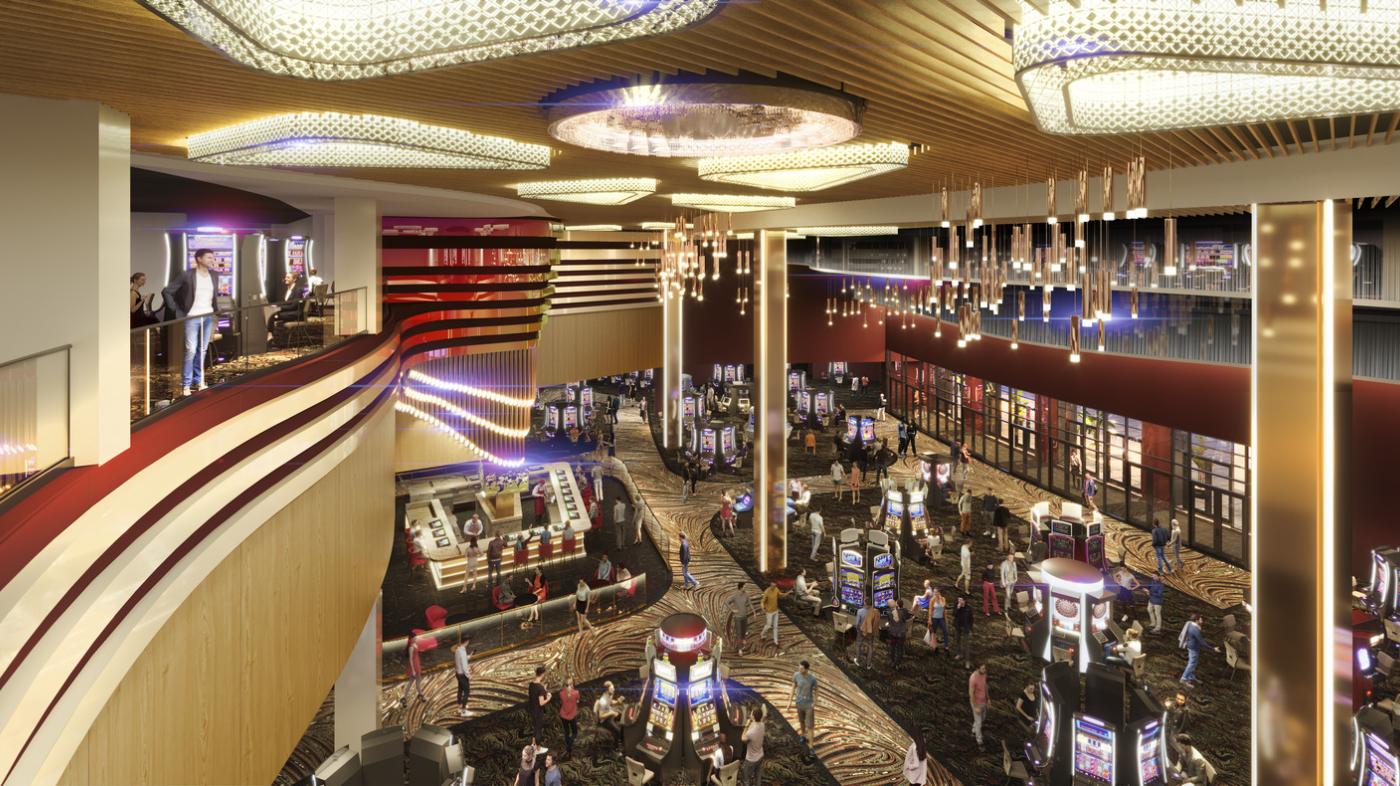