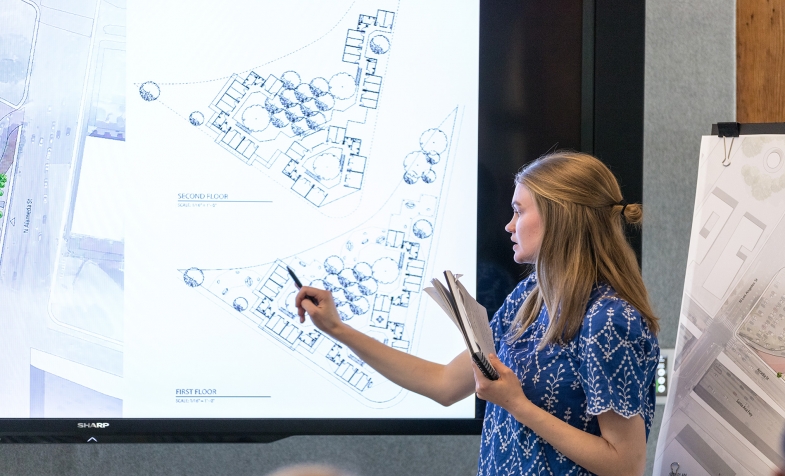 The 2018 Summer Intern Cohort presented their two-week design solution project to the Minneapolis office on June 29. This cross-office effort was a two-week, charrette-style project involving architecture, interior design, landscape, sustainability, marketing and research. The interns’ goal: to design and develop a theoretical temporary housing space for the homeless population of El Pueblo. The space, a city-owned parking lot on the corner of Arcadia and Alameda streets in downtown Los Angeles, was approved by Mayor Eric Garcetti in early March to be converted into temporary homeless housing. On top of the difficult location, the interns were also constrained by a $2 million budget, which had to account for 60 residents, as well as shared areas, resource centers and bathrooms. 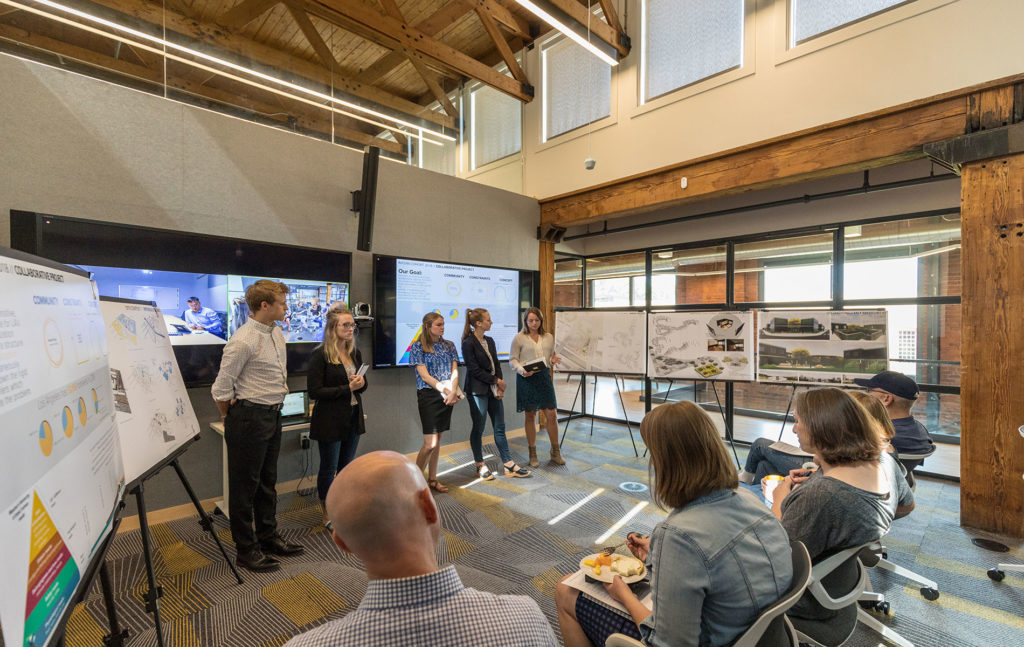 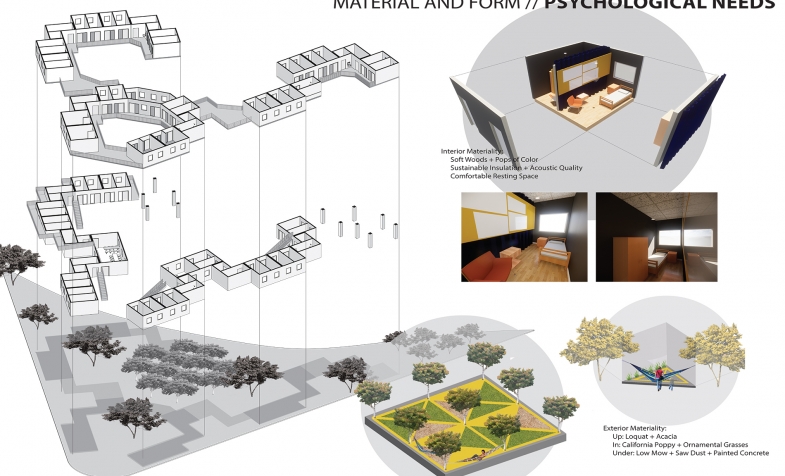 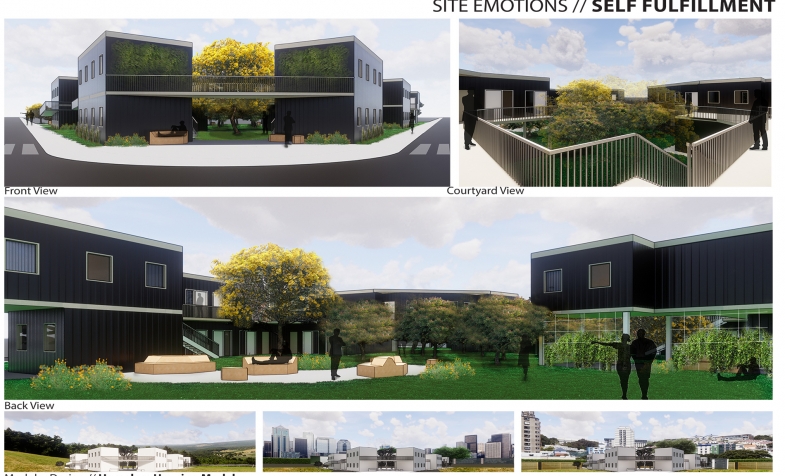 The interns’ design for the hypothetical building featured modular, deconstructed hexagonal forms which opened up to create a tree-filled courtyard. These modular units would be built using material from old shipping containers in order to reduce cost and promote sustainability. The intern cohort also used Maslow’s Hierarchy of Needs to inform the decision-making process, designing a space that could guide residents from fulfilling simple, basic needs, to achieving self-actualization.

This was the first time the Summer Intern Cohort’s collaborative project was carried out over a two-week span. As a result of this new, accelerated timeline, Cuningham Group designers Dan DeVeau and Morgan Young served as mentors, guiding the interns through goal setting, time management and ideation. Overall, the collaborative project was a great way for the interns to get to know Cuningham Group, the industry and most importantly, each other. 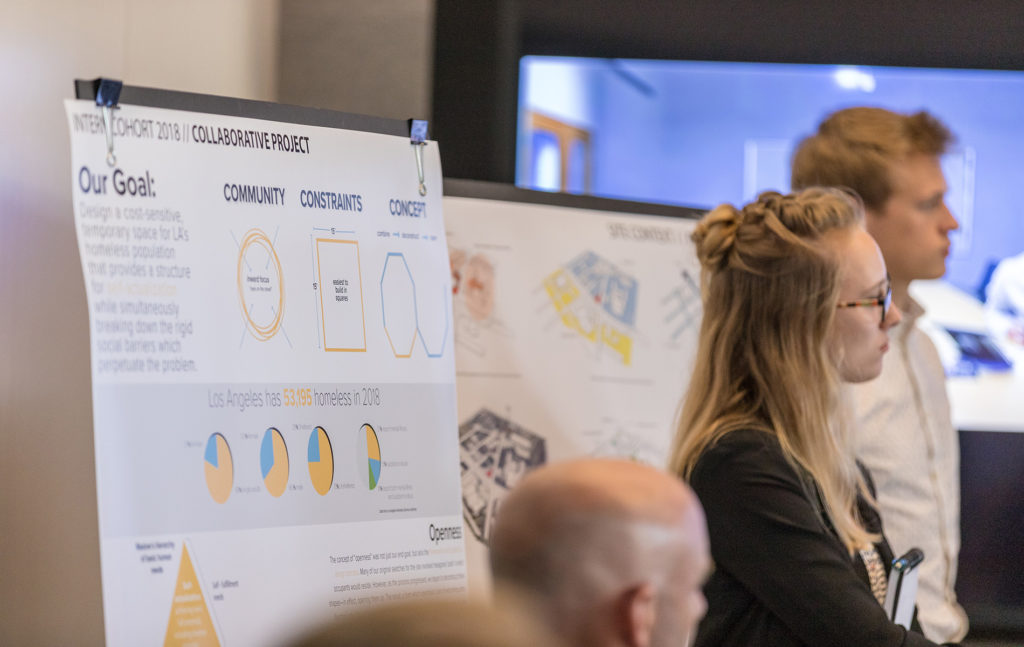