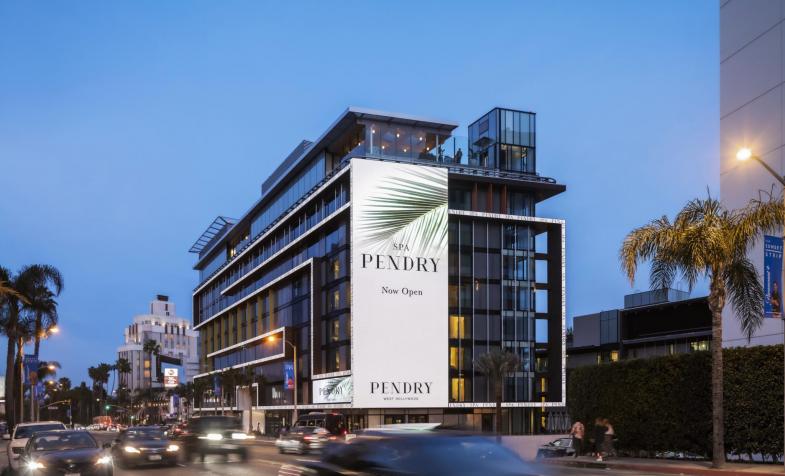 Once a playground for Hollywood’s rich and famous, Sunset Boulevard in West Hollywood continues to be a destination for nightlife, shopping, dining, and entertainment today. The Pendry West Hollywood Hotel and Residences, a new hotel and condominium development designed by Ehrlich Yanai Rhee Chaney Architects and executed by Cuningham, builds on Sunset Boulevard’s storied reputation, providing services and amenities for both visitors and the local community. Upon completion, The Pendry West Hollywood Hotel and Residences will help satisfy the area’s need for density and 21st Century design.

A long time coming
The Pendry West Hollywood Hotel and Residences' inception can be traced back over a decade when famed architect Steven Kanner created initial designs for the site. Following his death in 2010, Ehrlich Yanai Rhee Chaney Architects picked up the project and began working with the city on entitlements. In 2015, Cuningham joined the project for a peer review, eventually taking up the mantel of executive architect and executive interior designer. With many of the project’s big pieces already in place, Cuningham led the project’s development and execution, coordinating the extensive design and technical consultant team. 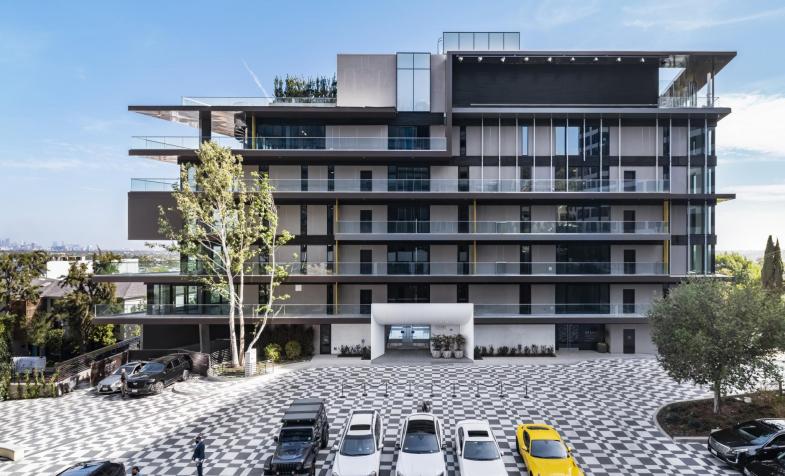 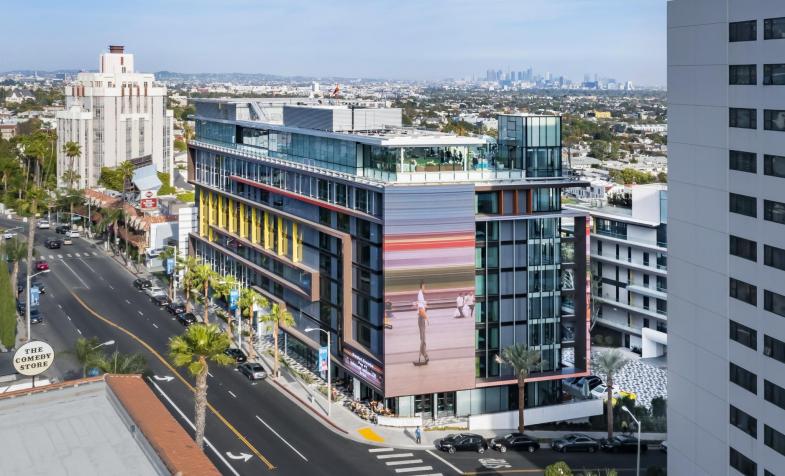 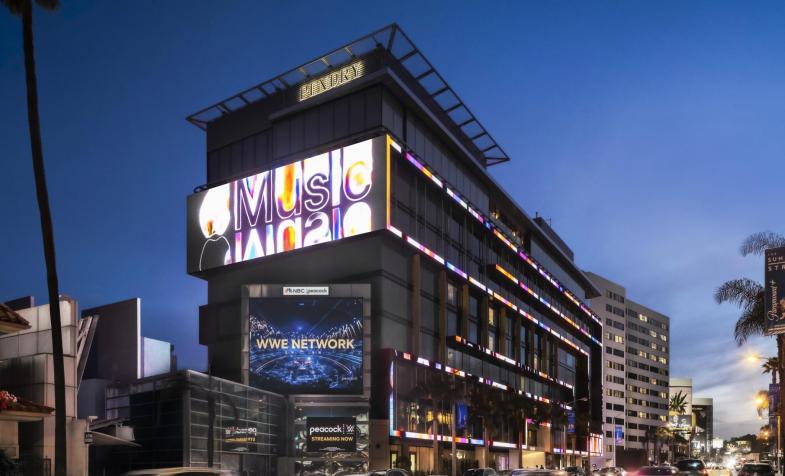 Amenity-rich luxury
Located on the corner of Sunset and Olive, the project consists of a forward-thinking luxury hotel with 149 beautiful guest rooms, two dining venues, lounges, a private social club, bowling lanes, a screening room, and a rooftop pool sanctuary with spectacular views of Los Angeles. Also featured is an intimate live music venue that recalls the building’s former site, the House of Blues. 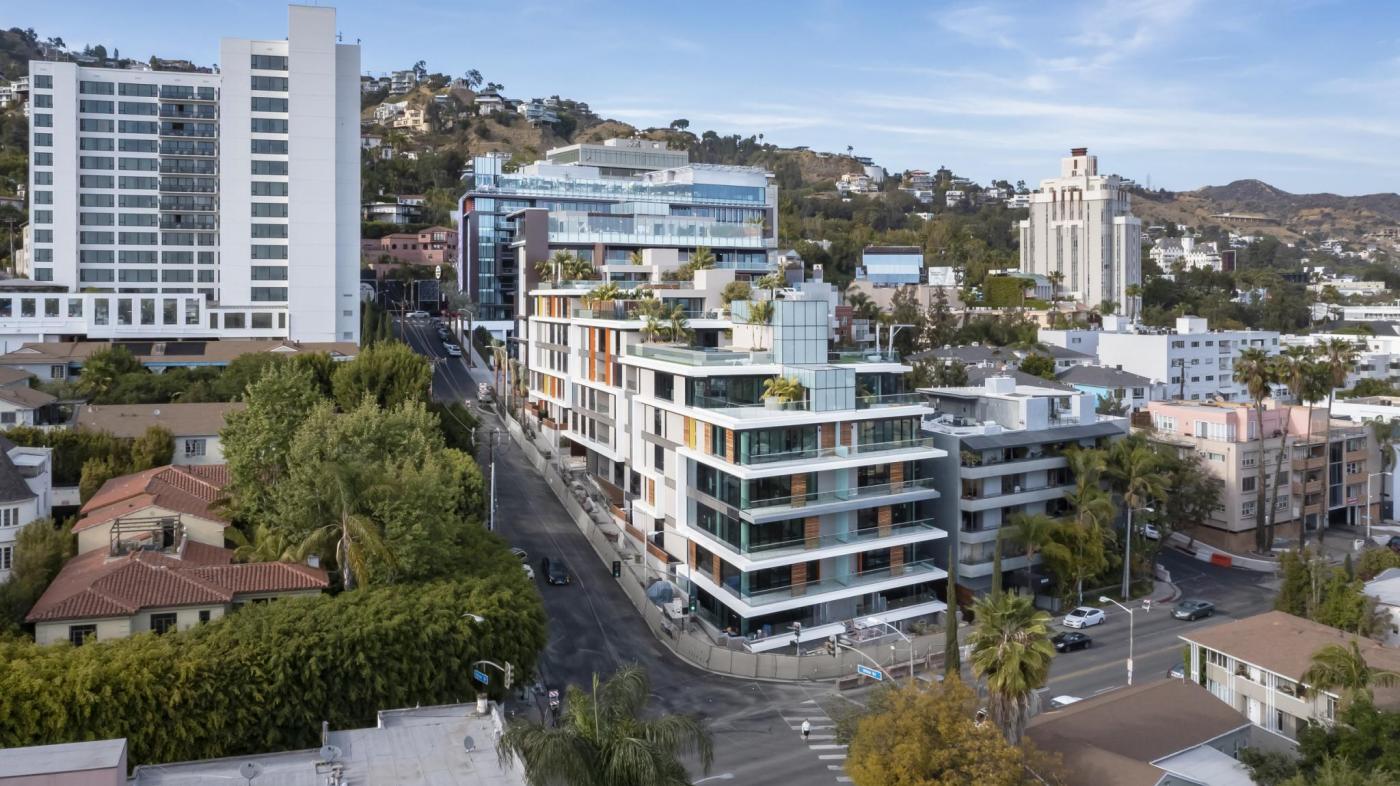 Embracing the boulevard
The project’s prominent corner site presented the developer with an opportunity to embrace the Boulevard’s “see and be seen” spirit; on the building’s façade, eye-catching signage and branding merge into 6,000-square-feet walls of high-definition LED billboards.

The site also presented several complex design challenges, including a 69-foot vertical drop from Sunset to Fountain Avenue. Geotechnical considerations led to a clear separation between the hotel and residences with the creation of the piazza. Visitors arriving by car are transported either into the immersive interior world of the Pendry Hotel or across the piazza into the residential enclave. A sculptured stainless steel tree with mother-of-pearl and crystal leaves at the hotel entrance shimmers and hints at the artful experience ahead.

The neighborhood-facing residential building steps gracefully down the steep incline, providing unparalleled views and vistas from the residences and their generous terraces. A reference to the historical hillside housing by Los Angeles Modernist architects, the buildings massing remains in tune with the surrounding context. 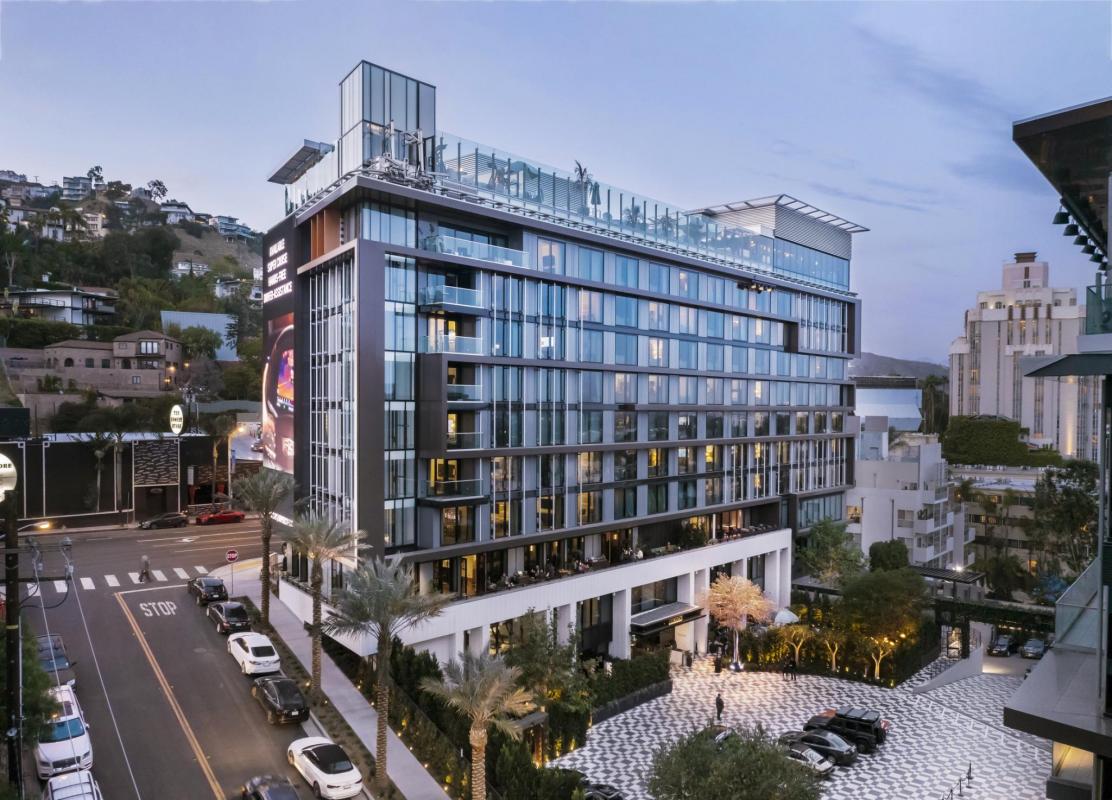