A Fieldhouse in Motion 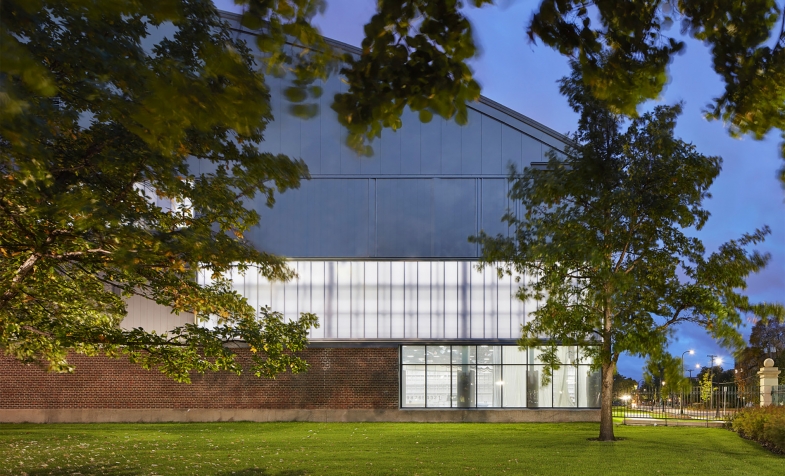 A Fieldhouse in Motion

How do you turn an airplane hangar — a massive building with a simple, static footprint — into a dynamic, "living" structure?

This was the challenge Cuningham Group designers faced when renovating the exterior of the University of Minnesota’s Fieldhouse. Built in the early 1900s, the structure originally served as an airplane hangar in the state of Washington before being donated to the university in 1949, where it was repurposed as the school’s fieldhouse.

Despite its massive footprint and imposing brick façade, many at the university considered the fieldhouse to be the largest “unseen” building on campus. Unremarkable to passersby, it sunk into the background, featureless and reticent. Years of wear and tear had taken its toll on the timber building — it was quickly deteriorating and fading from the public eye. 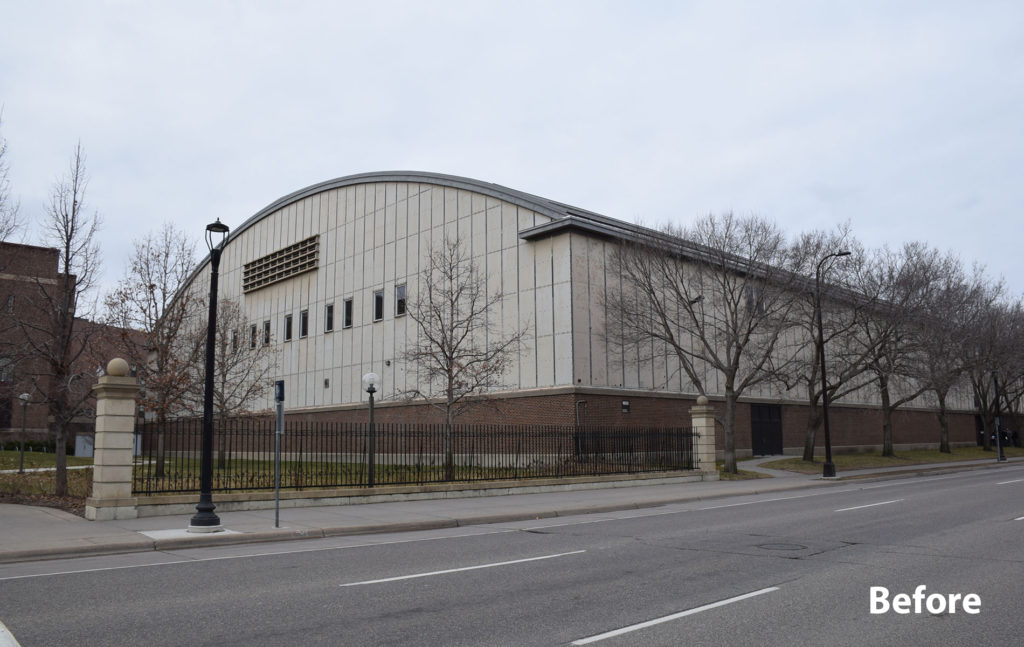 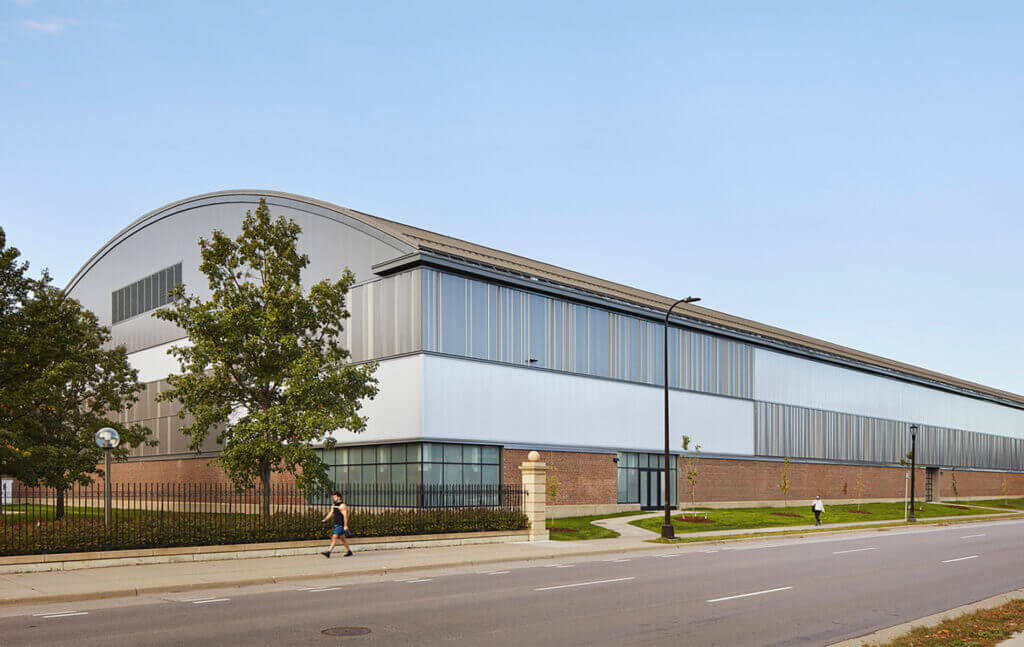 Making the Unseen, Seen
Cuningham Group's design team quickly realized that the fieldhouse's unassuming appearance was at programmatic odds with the flurry of activity going on behind its towering walls. When in use, the building is a whirlwind of athletes — running, jumping, throwing, and cheering on teammates. Designers decided that a remodeled exterior should reflect this activity and be in constant motion, just like its users. They also decided that a new exterior should create a two-way connection between those using the space and those outside. Together, these two design choices would make the invisible, visible once again. 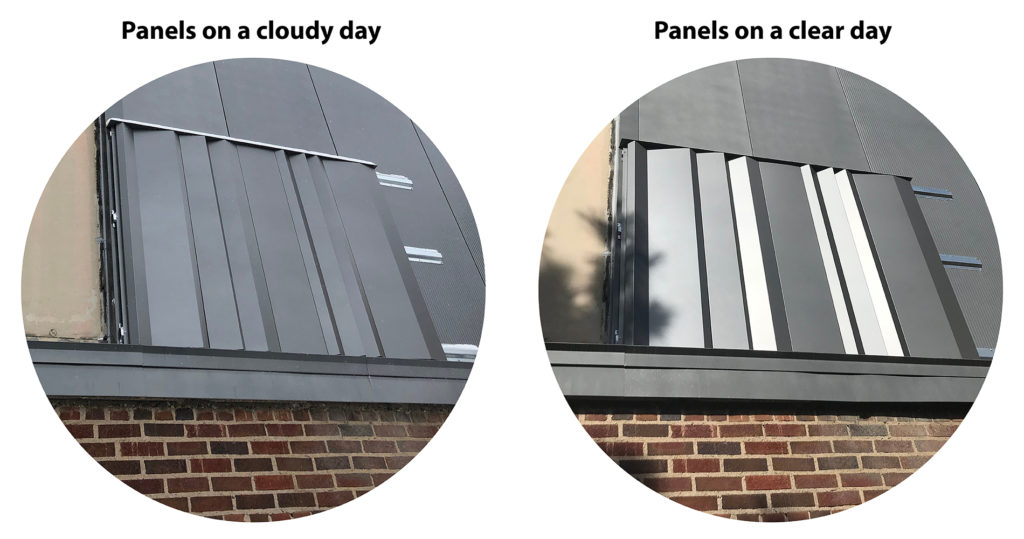 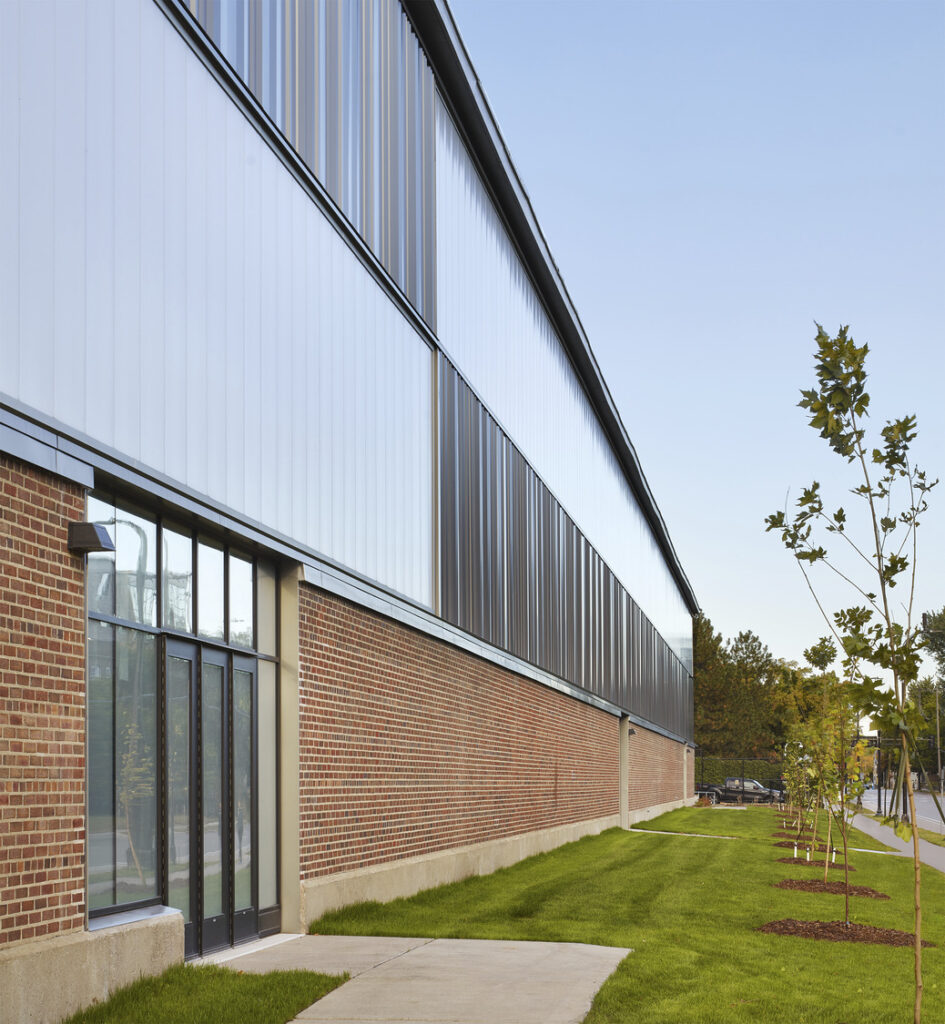 Material Matters
Given the static footprint of the fieldhouse, designers had limited design elements with which to work. As such, they isolated three basic components that could be played with to increase the building’s dynamism: its skin, views, and daylight.

The ribbon encompassing the base of the building was opened up to reveal the activity inside. Around it was placed an animated rain screen — a series of haphazardly spaced, angled panels that individually reflect light differently. The effect is a façade that seemingly changes shape and color depending on the lighting, the season, the time of day, and the distance of the viewer. Additionally, the uneven spacing of the panels creates an “acceleration” to those who may be driving or biking past. Just like the athletes inside, the new façade is constantly in motion, open and free. It's expected to open at the end of this year. 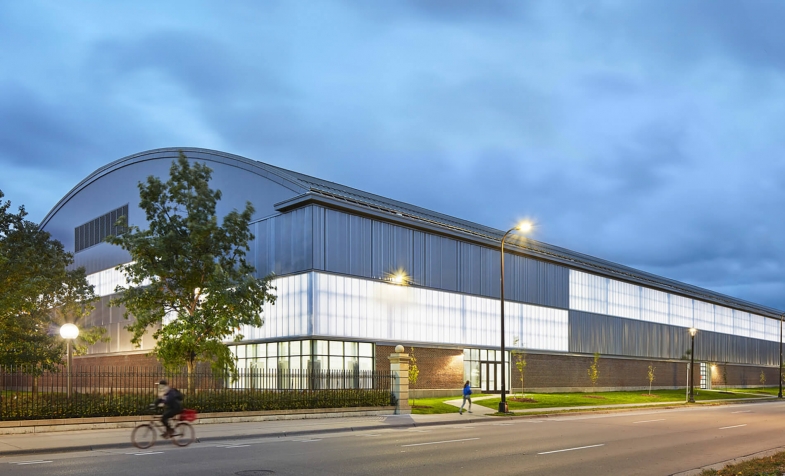