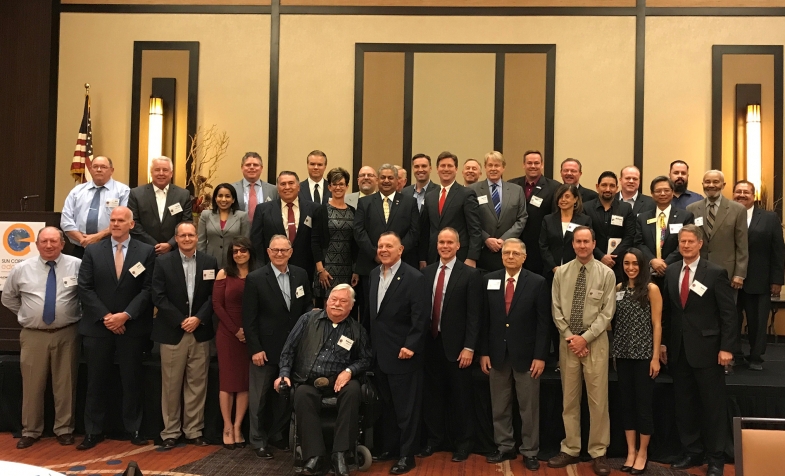 Cuningham Group was recently awarded the Sun Corridor EDGE (Economic Development for the Global Economy) Certificate of Recognition by the Joint Planning Advisory Council (JPAC) for our role in the export of global business and services in support of the Arizona economy. Cuningham Group was among 17 businesses recognized for their exporting initiatives.

The Hamad Medical Center Emergency Department and Trauma Center project in Doha, Qatar, was displayed on the screens during the ceremony. This recognition wouldn't be possible without Cuningham Group's team effort in traveling to and from Qatar to complete the expansion project.

Principal Maha Abou-Haidar accepted the award on behalf of Cuningham Group, which was presented by Greg Stanton, the mayor of Phoenix. The ceremony was attended by Arizona's movers and shakers, including many mayors and notable figures in the community. 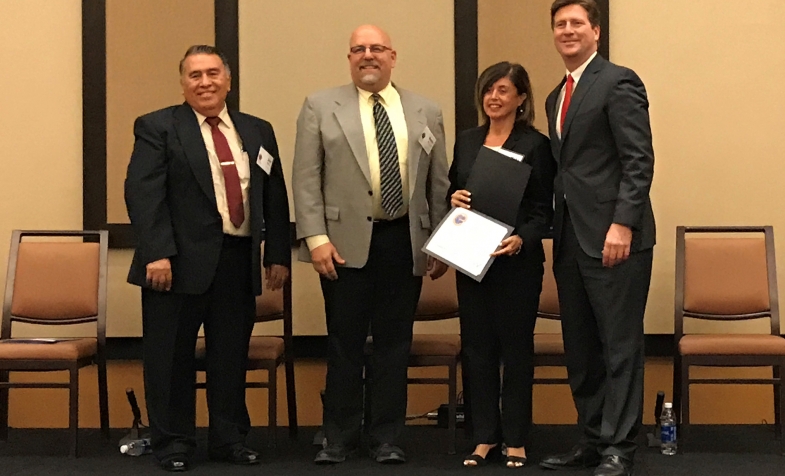