Cuningham Group: As Seen on TV 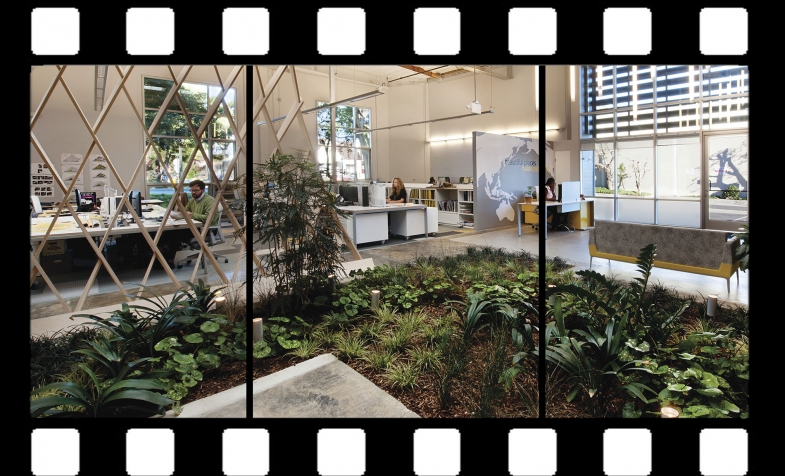 Cuningham Group: As Seen on TV

Over the years, it’s been fun seeing Cuningham Group projects appear on some of our favorite television shows. It got us wondering: what do producers look for when finding the perfect location and how do they find it? We found out that it takes a lot of hard work to find the perfect location.

Here’s a sampling of some Cuningham Group projects you might recognize:

Cuningham Group designed a treehouse conference room for Epic Systems Corporate Campus in Verona, Wisconsin. The treehouse was constructed from scrap materials leftover from the construction of Epic’s new corporate buildings. After several years of wear and tear, along with a bit of tree growth, it was in need of some minor adjustments and repair. A crew from the television show Treehouse Masters visited the site as host Pete Nelson worked with Cuningham Group’s Zach Duesler to address the issues. You can view the team’s solution in the episode of Treehouse Masters that aired in August 2015. 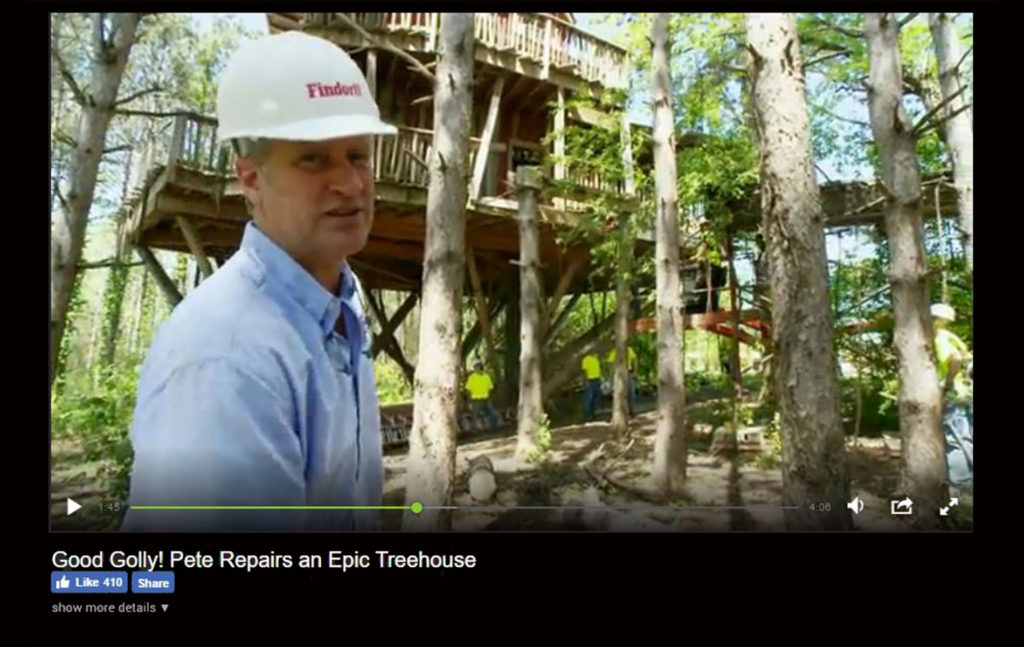 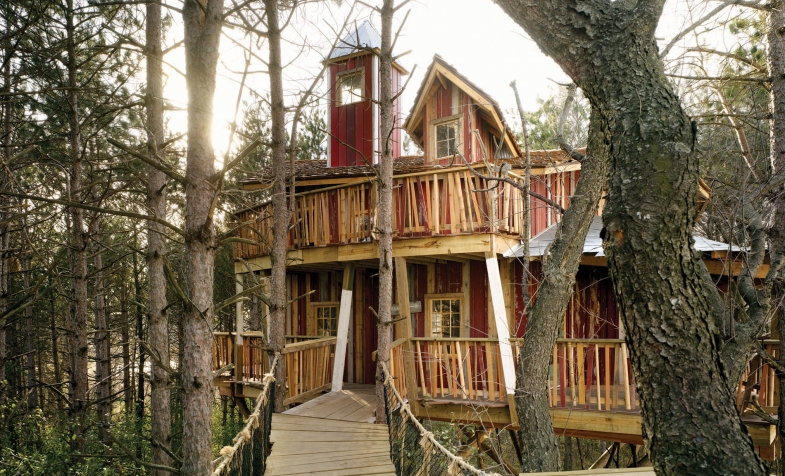 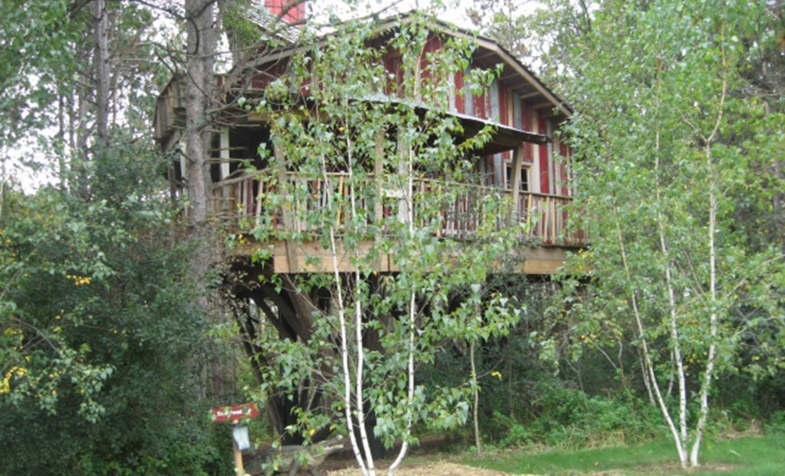 Our Culver City office is characterized by bold, unconventional design features. The most striking feature is a dramatic wooden structure that spans nearly the entire length of its interior. A thematic nod to the nearby Expo Rail line, a central 60-foot long sculptural wooden tunnel creates a visual connection between the glass facades at the front and back of the office. The structure, which houses two conference rooms, is composed of equally-sized wooden pieces that are arranged in a lamella pattern.

The feature gives an unmistakable identity to a previously ordinary warehouse - carrying forward both the Cuningham Group tradition of whimsical, delightful design, and the precedents of the Hayden Tract neighborhood, where beautiful and unexpected surprises inspire creativity. 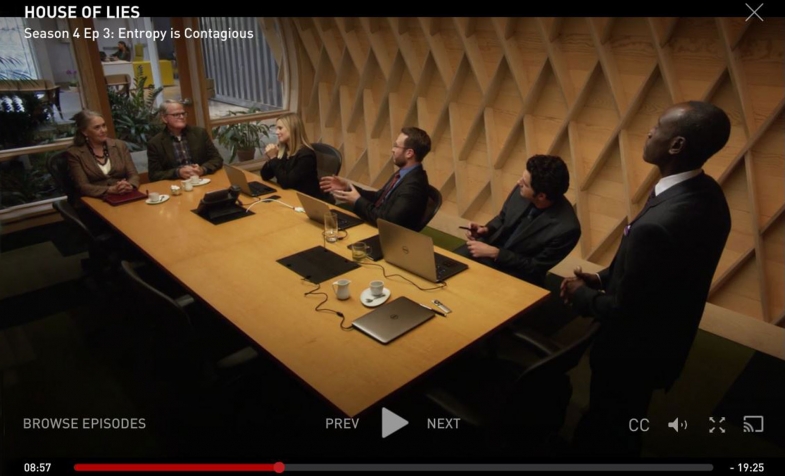 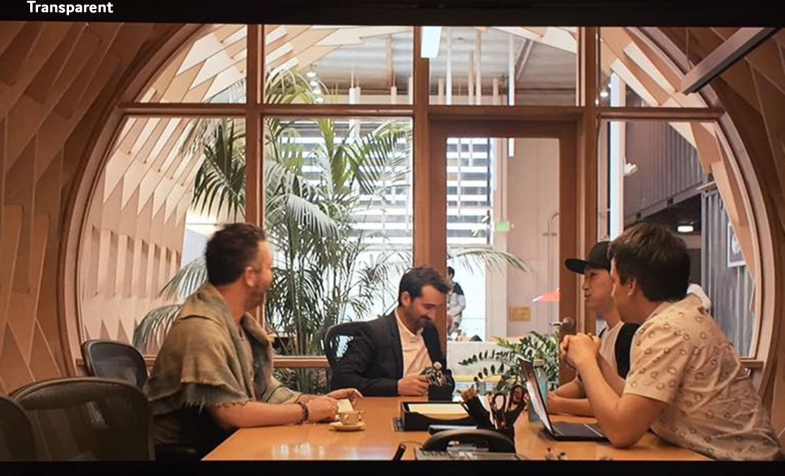 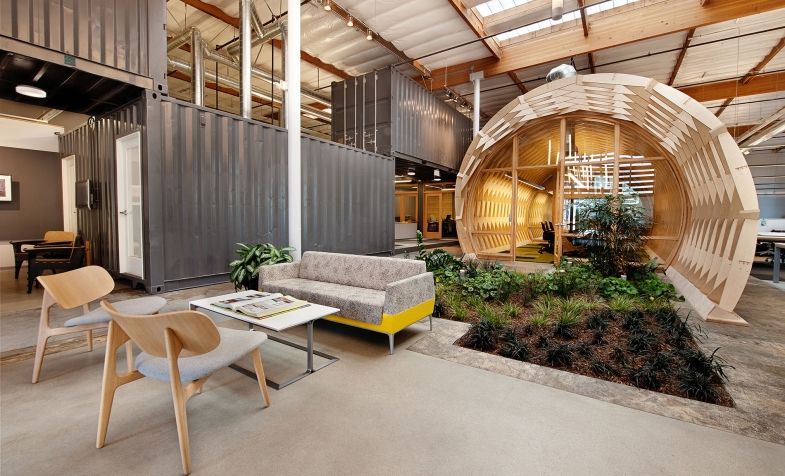 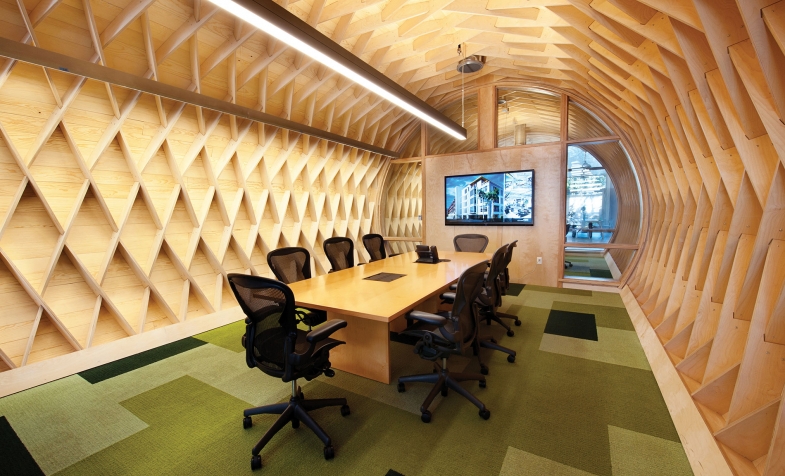 Breaking Bad – The Spa at Isleta

Jesse Pinkman went to rehab at the Isleta Spa during "Breaking Bad". The design of 12,000-square-foot retreat space, The Spa at Isleta, evolved from a metaphor for molding clay into pottery. This juxtaposition between modern and rustic, visual and tactile, is played upon throughout the space—metaphorically representing the transition of raw material (clay) into final product (pottery). The culmination of the experience is the architecturally stunning “spa jar,” inspired by the shape of native pottery. Here, guests can relax and enjoy the gentle sound of the central water feature as it rains downs into the whirlpool. 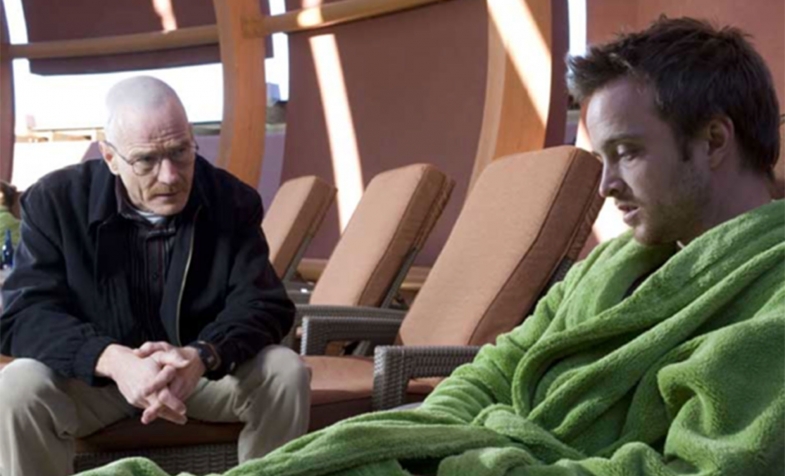 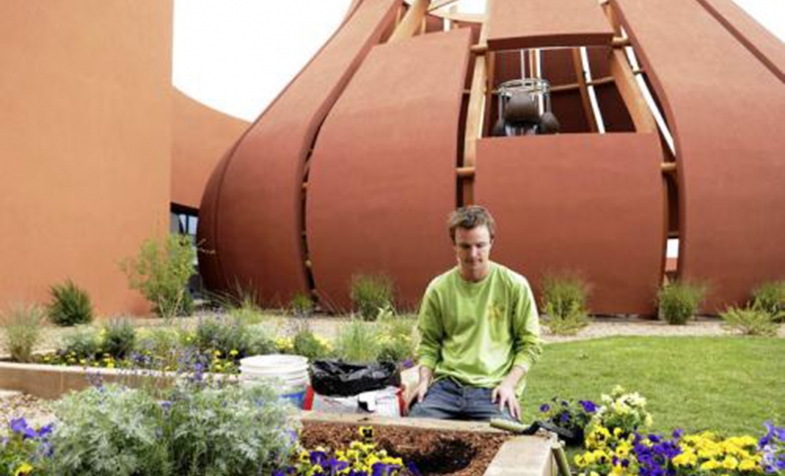 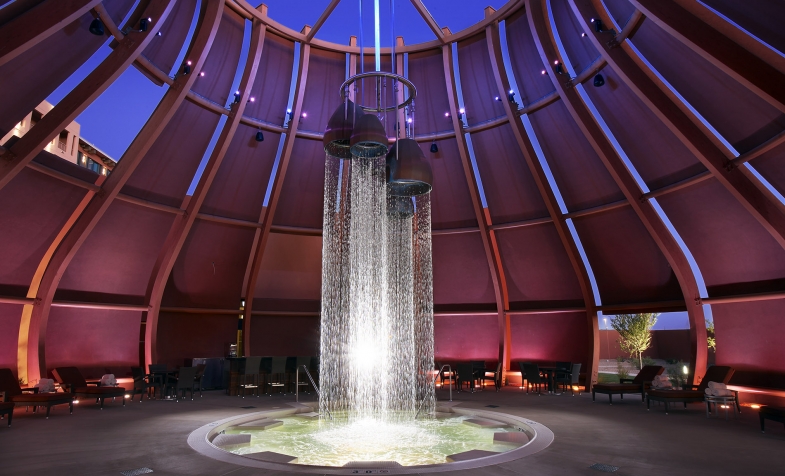 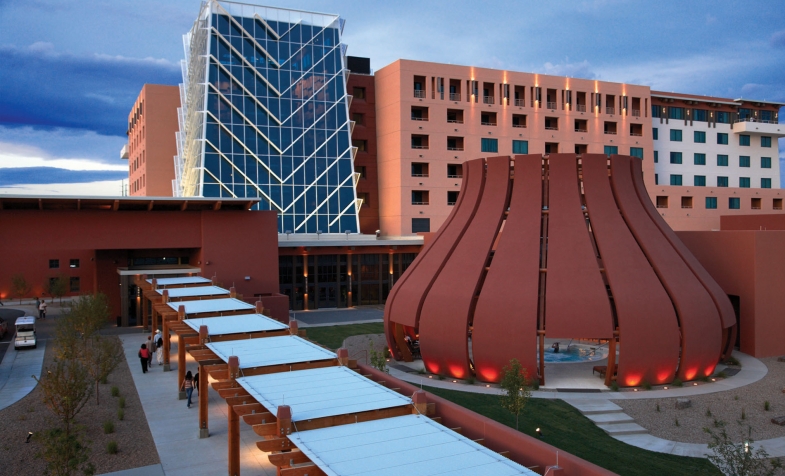 The Los Angeles Unified School District had a short and sweet life on the Trophy Wife, panning over the school between scenes. The K-3 school stimulates the imaginations of students with bright colors, 18-inch high window sills so even the smallest child can see out, and storytime places in the courtyard and media center. The L-shaped arrangement of the three buildings allows much of the site to remain open for play. 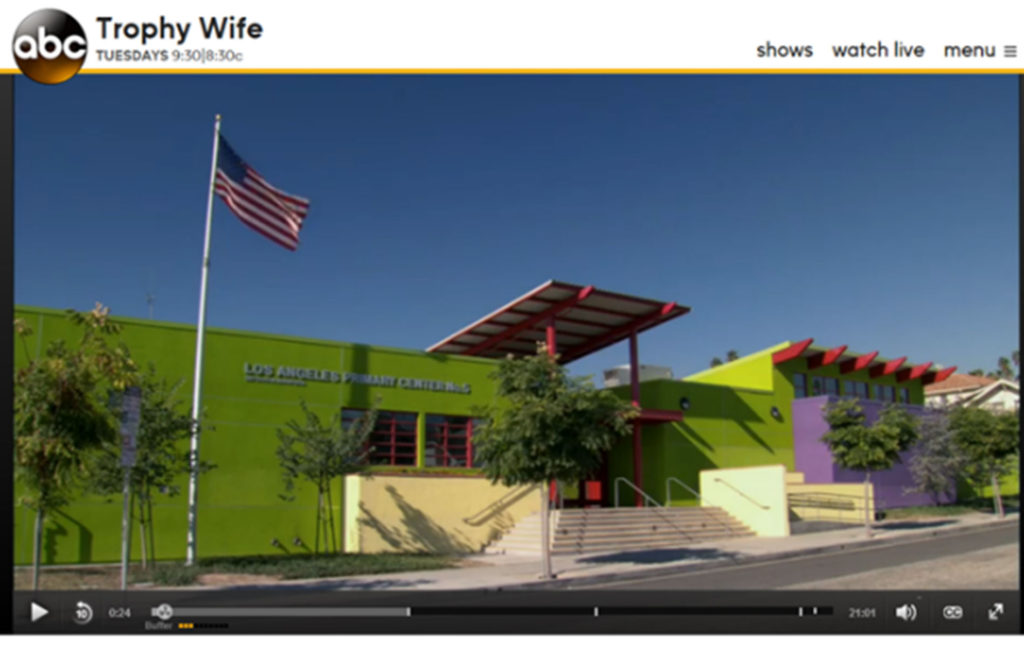 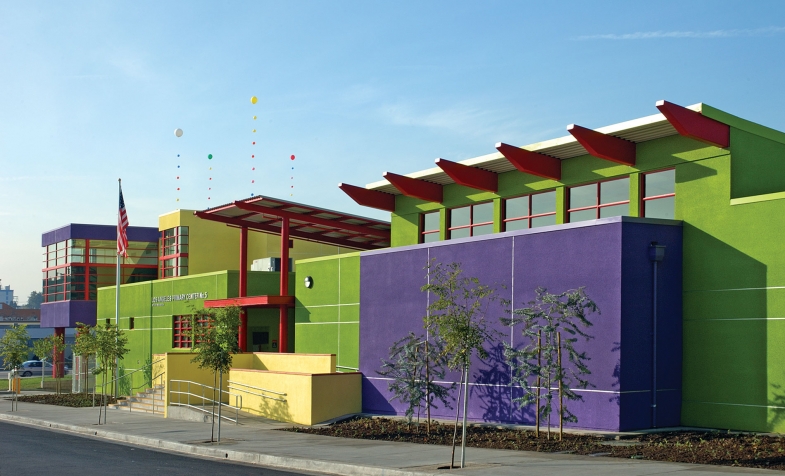 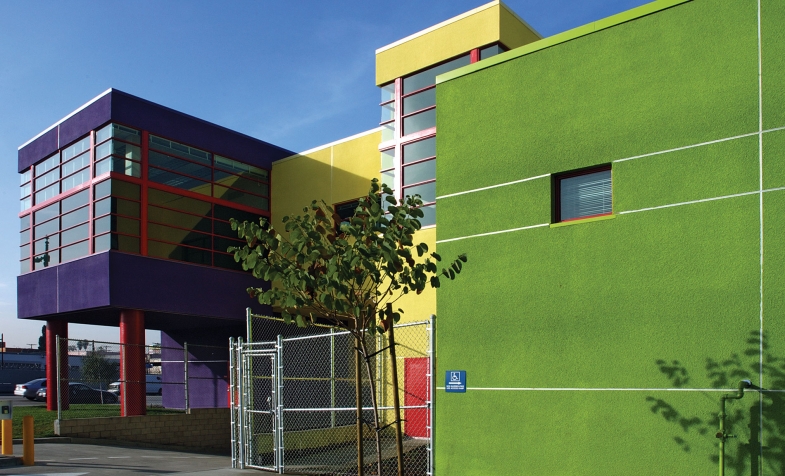 Cuningham Group collaborated with Buffets, Inc., on strategic enhancements to its nationwide chain of restaurants. The changes are helping cut energy consumption while boosting market share with a fresh, branded experience intended to attract a new, larger audience. Featured on the CBS Television show, “Undercover Boss,” the Old Country Buffet in Colorado Springs, Colorado, was used as a backdrop for the interviews in this episode. 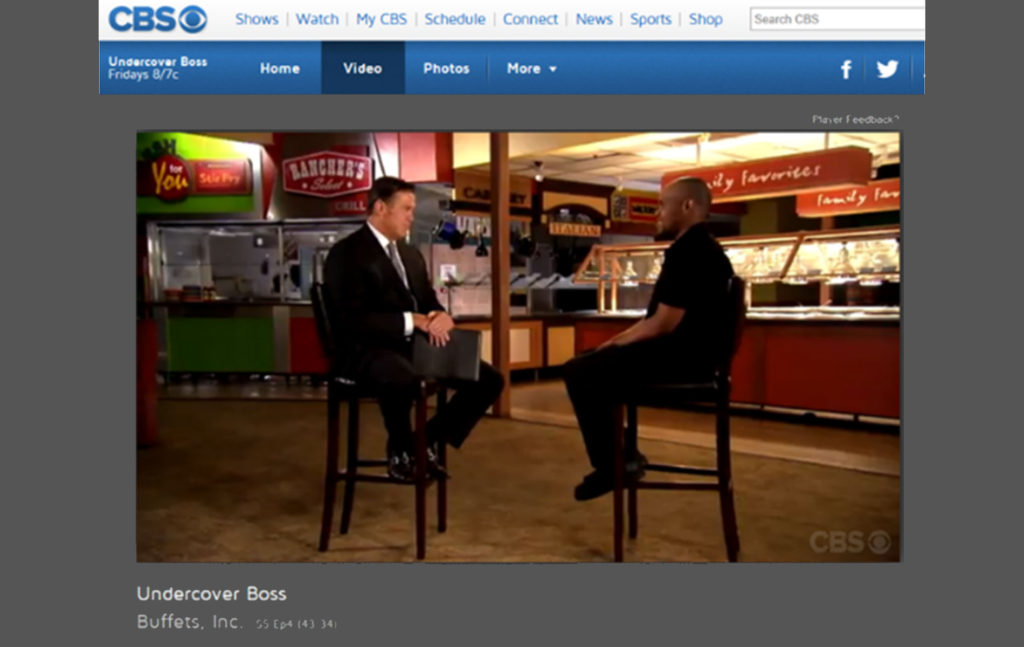 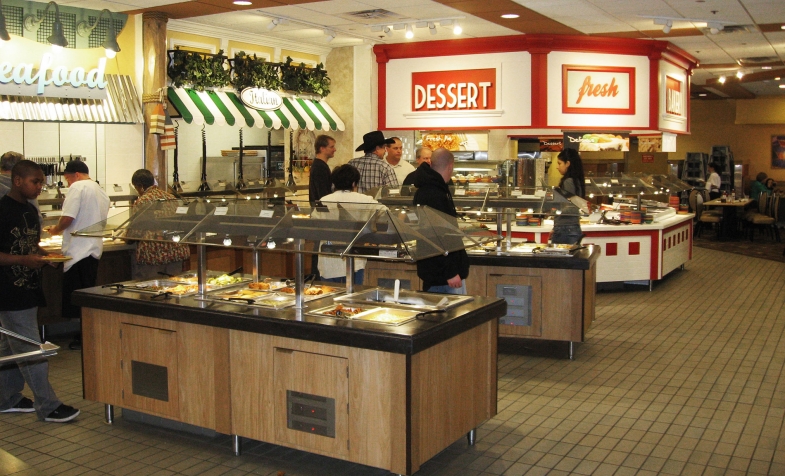 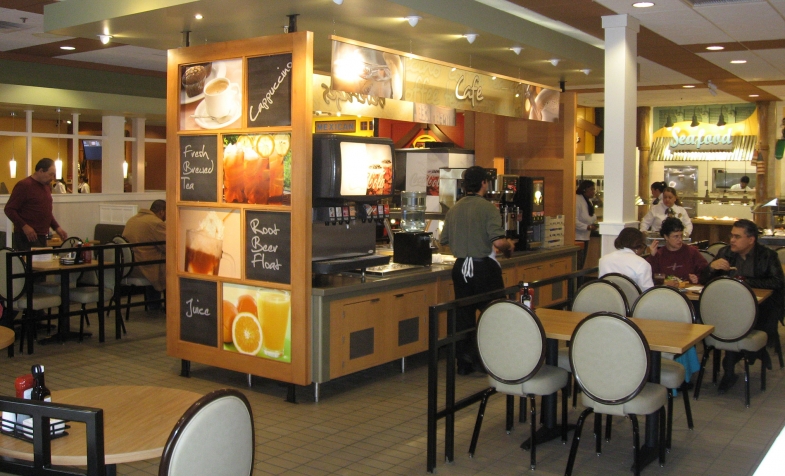 The rich cultural history of the Pueblo of Isleta inspired the new hotel with three metaphors influencing the design:  adobe, feathers and pottery. The unforgettable architectural experiences include a soaring, seven-story, 90-foot glass atrium with feather-like sunscreens; an outdoor “Spa Jar” in the shape of pottery; and a uniquely round meeting room that serves as a terminus to the convention center’s striking, barrel-vaulted pre-function space. 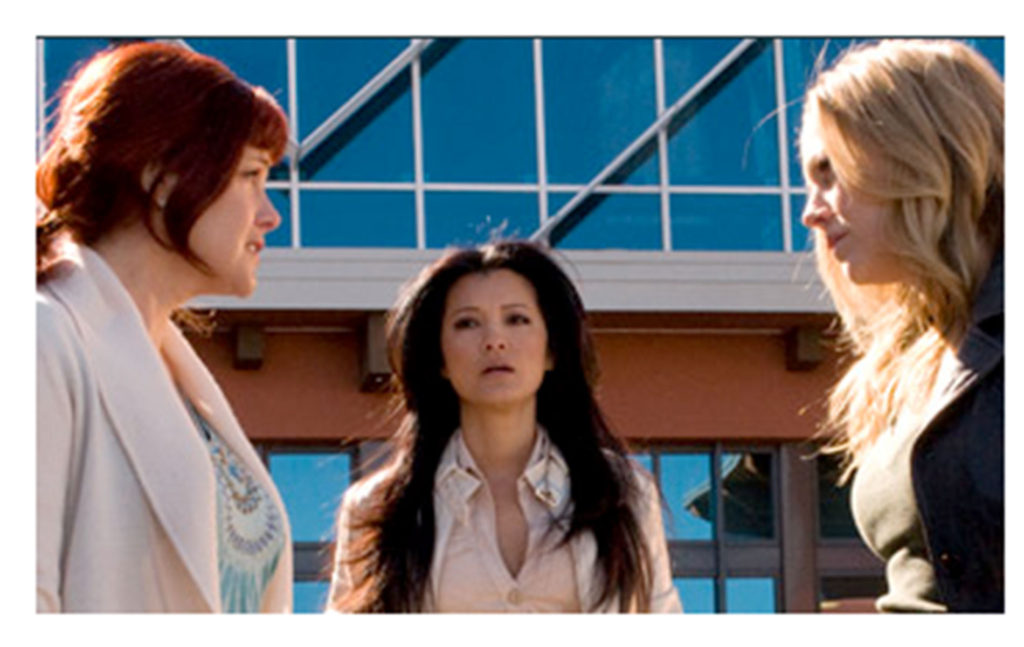 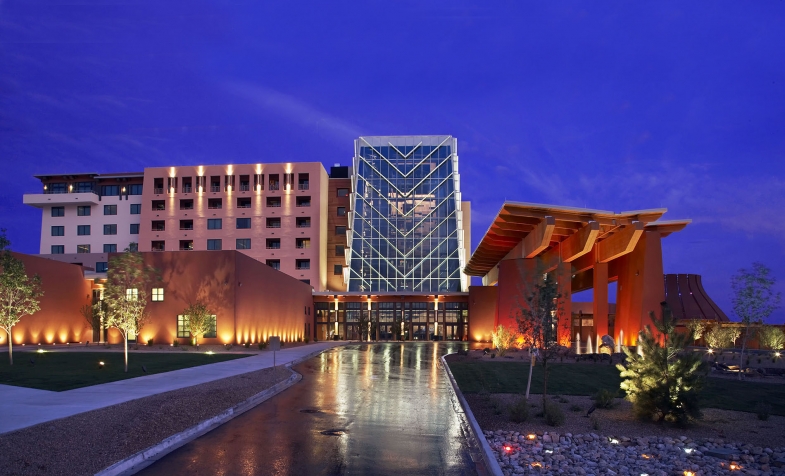 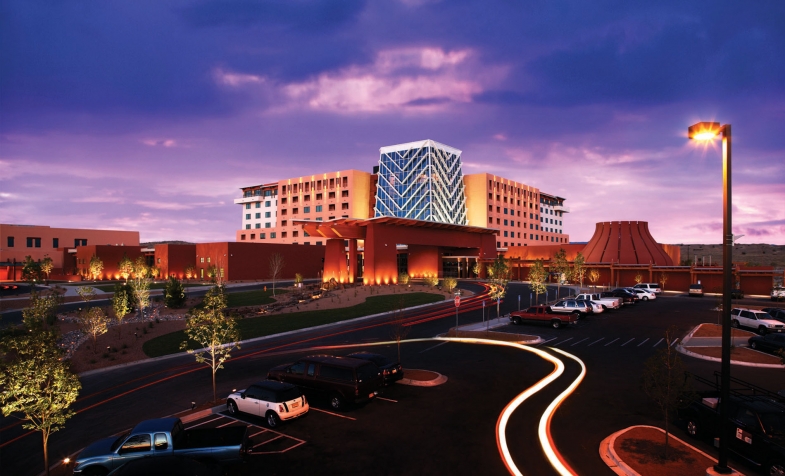 Cuningham Group successfully completed this dramatic urban infill project in the heart of Hollywood. The tight site fronting historic Vine Street was originally occupied by a large post office built in the 1940s. The façade of the post office was used as inspiration for the ground floor and the upper floors follow that classic warehouse style.

A grand staircase connects the ground floor full-service restaurant to the second level lounge bar and exterior courtyard. The courtyard, designed as a gathering space with access to the club in the evening, is fast becoming one of Hollywood’s hot spots. 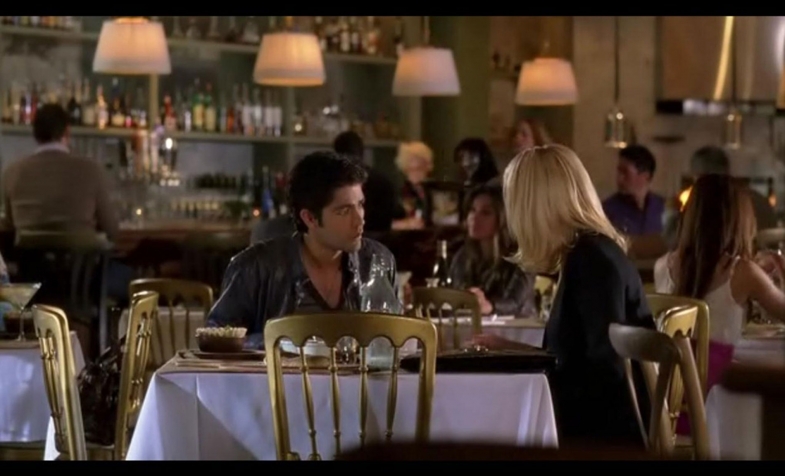 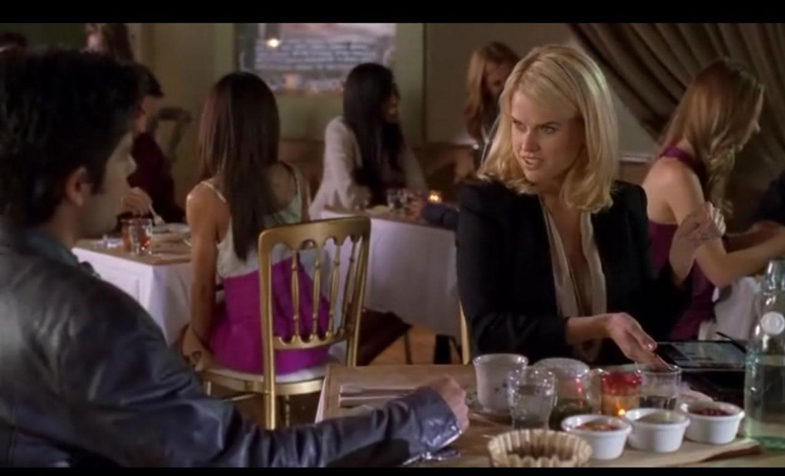 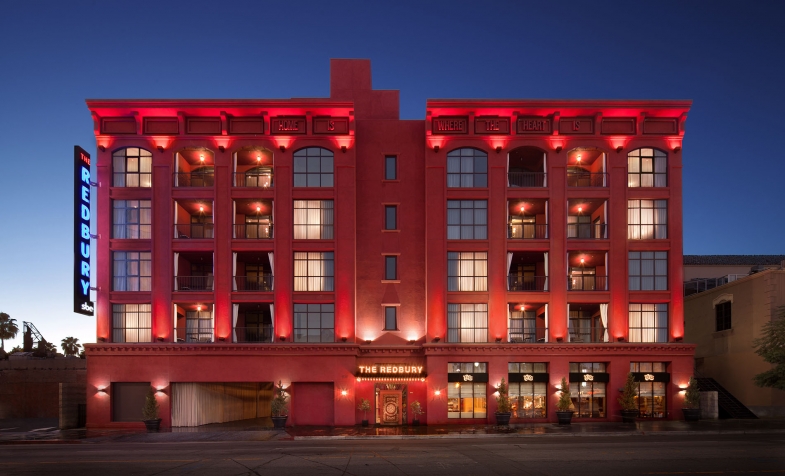 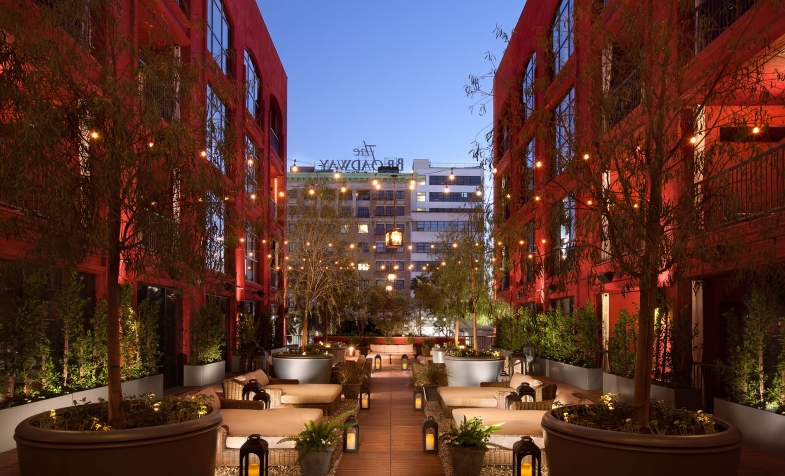 The office, located in a converted gas station across from the Santa Monica Civic Center, served as the perfect backdrop for the advertising agency studio featured in the pilot of the thirtysomething television show. The unique feel of the space, with raw checker-plated steel sheets and glass block walls, created a perfect environment for this set. 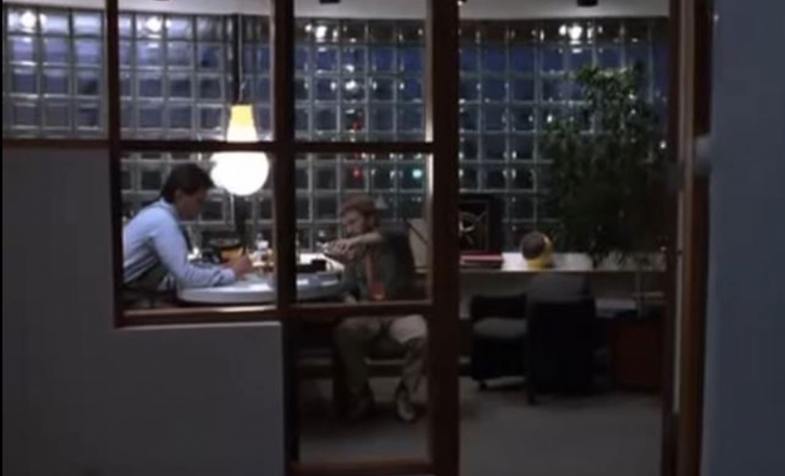 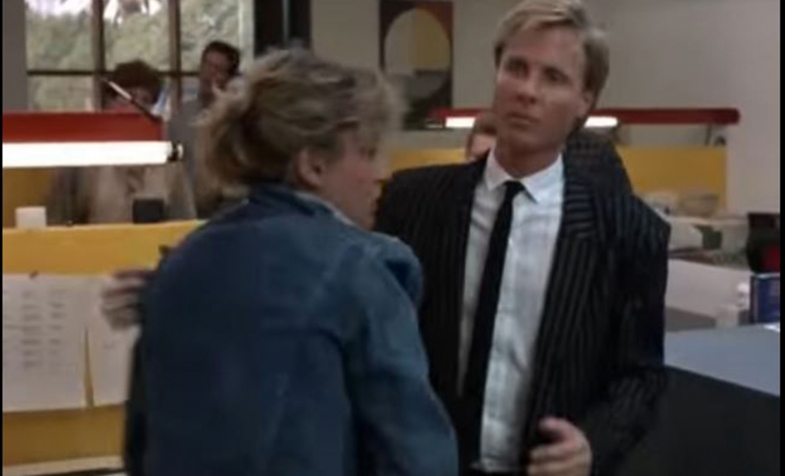 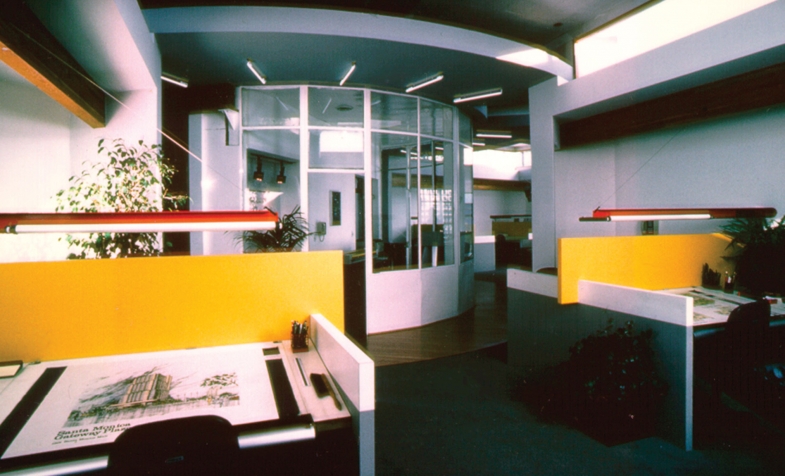 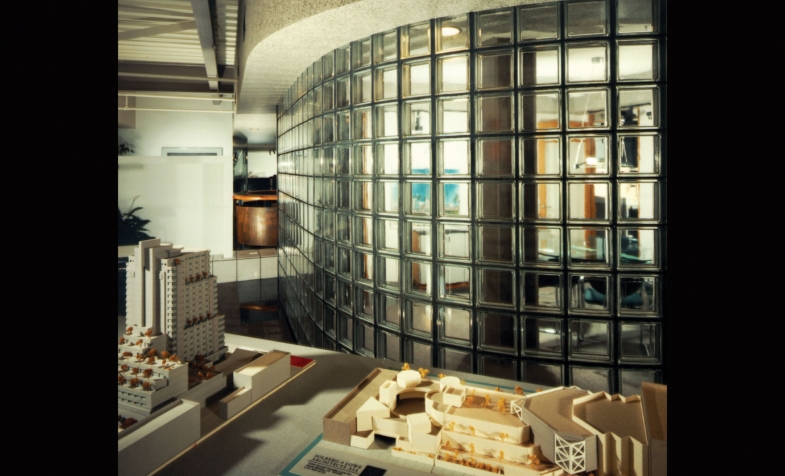