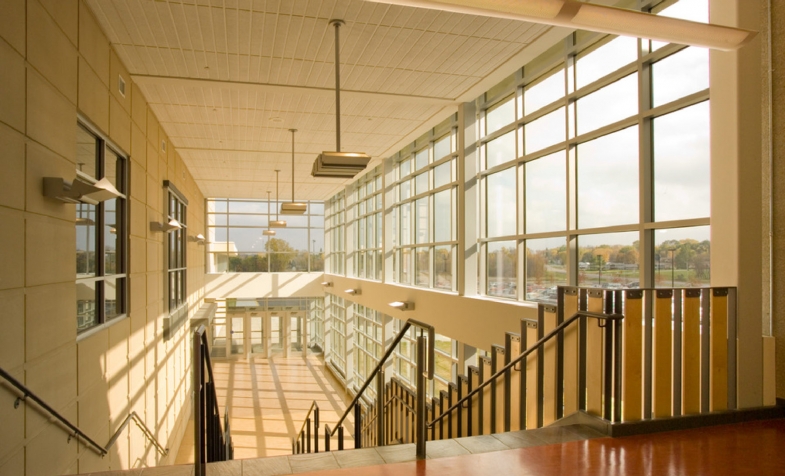 Energy codes and great initiatives like Architecture 2030 have changed the face of the construction industry. Because of energy codes and initiatives, everyone is becoming more cognizant of energy issues which were barely discussed a decade ago. Many states and counties have recently adopted the latest energy code: IECC 2015. This is a great next step from the previously adopted codes. However, is the current energy code overall a true reflection of what’s happening in the industry?

It’s great to see that energy codes have incorporated the language of daylighting zones; including how they are calculated, and mandating daylighting controls for certain space types. Energy codes also mandate top daylighting which requires a minimum of 3% skylight area. However, the majority of this IECC version was based on daylighting being one of the biggest energy saving strategies.  Is this still true?

Let’s tackle the discussion about code language and top daylighting first. For example, the code mandates that gymnasium spaces larger than 2,500 square feet need to have a minimum skylight area to daylight zone of not less than 3%. But, do we really need 3% with today’s energy efficient technology like tubular daylight devices (TDDs)? In many climates, it is actually an energy penalty to have bigger roof openings when the same performance at task level can be met by TDDs, which take up less than 1% of the roof area. Energy codes should be based upon performance and not an arbitrary percentile rule. This would have been a perfect guide 10 years ago for design teams that don’t understand daylighting; however, today it needs to be revisited.

We all know that daylighting has great health benefits, increases productivity, and is instrumental in regulating one’s circadian rhythm.

The question here remains, regarding its energy saving potential in today’s market which is filled with high efficacy LED fixtures and design trends moving towards less than 0.5 watt/square foot of lighting power density. Is there a balance point beyond which daylighting and controls are actually a liability rather than an asset? Let’s not forget that it’s a constant struggle to commission and maintain these daylighting sensors.

To drive this point home, we did some research. The image below shows that daylighting used to be an energy savings measure in a typical office space in 1985; though, this is no longer the case in 2015. In fact, there is actually an opposite trend occurring currently although of smaller magnitude. This study was done for an office space in Denver, Colorado using envelope requirements of IECC 2015. While this has also been found true for other cold climate zones like 6 (Minneapolis) or 7 (Aspen), more study needs to be done to confirm this trend in warmer climate zones.

In the image above, the Y axis is the spatial daylight autonomy (sDA) which describes how much of a space receives sufficient daylight. Specifically, it describes the percentage of floor area that receives at least 300 lux for at least 50% of the annual occupied hours. The X axis is the energy use intensity (EUI) which measures the building’s annual energy use per unit area (kBtu/sft/yr). The higher the spatial daylight autonomy, the better daylit the space. The lower the energy use intensity of a building, the higher performing the building is, in that it uses less energy to operate. In 1985, there was a reduction of EUI when transitioning from no windows to a space which had daylighting features (clerestory + skylights). This meant daylighting was saving them energy. However, in 2015 with such low light power density values (watts/sft), there is actually an energy penalty with adding windows in a climate zone like Denver. However, this energy penalty is quite small.

We are excited that energy codes are driving designers to pay more attention to daylighting. But, we hope codes catch up quickly with the latest developments in the industry and adjust to mandatory provisions accordingly.

More information on this topic can be found at the upcoming talk at GreenBuild International Conference and Expo 2016: Iconic Green in Los Angeles, California on October 6th, 2016 at 3:30-4:30pm.

By: Sukreet Singh and Paul Hutton of Cuningham Group